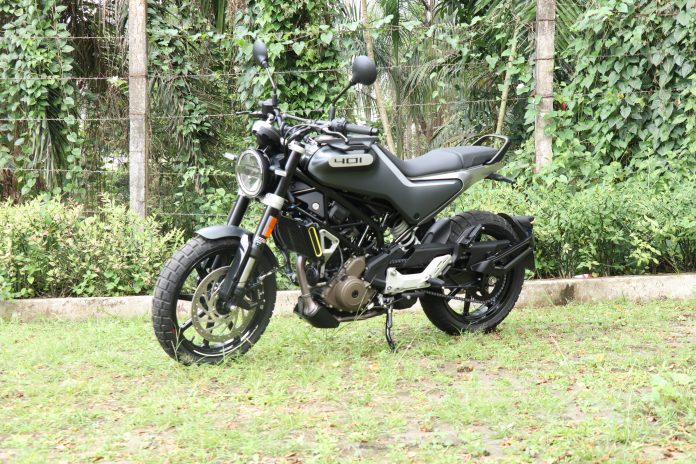 Adventure Cycle Philippines (KTM Philippines), official manufacturer and distributor of KTM Motorcycles, has added another feather in its cap with the introduction Husqvarna Brand of Motorcycles for the fast growing mid-size motorcycle market. Together with the KTM 200, 390 and the 790 line , the Husqvarna is also proudly made in the Philippines. 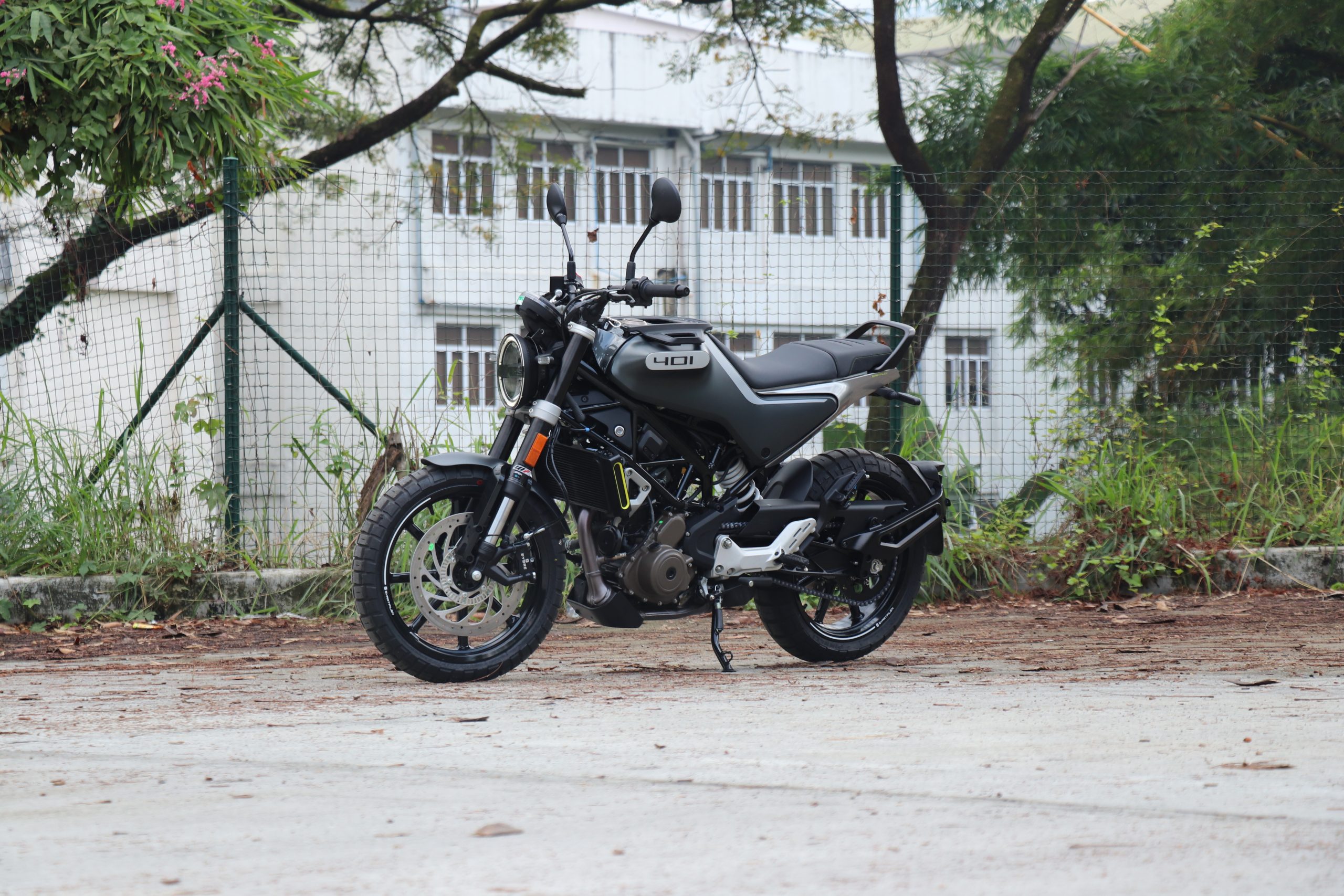 For starters, the Svartpilen is aesthetically small compared to other mid-size brands. Admittedly, it has the same size with the Svartpilen 200, often mistaken for the smaller-engine bike – it was actually stopped by Skyway patrol upon entering Skyway 3, together with a big rider, it does exude a smaller bike look. 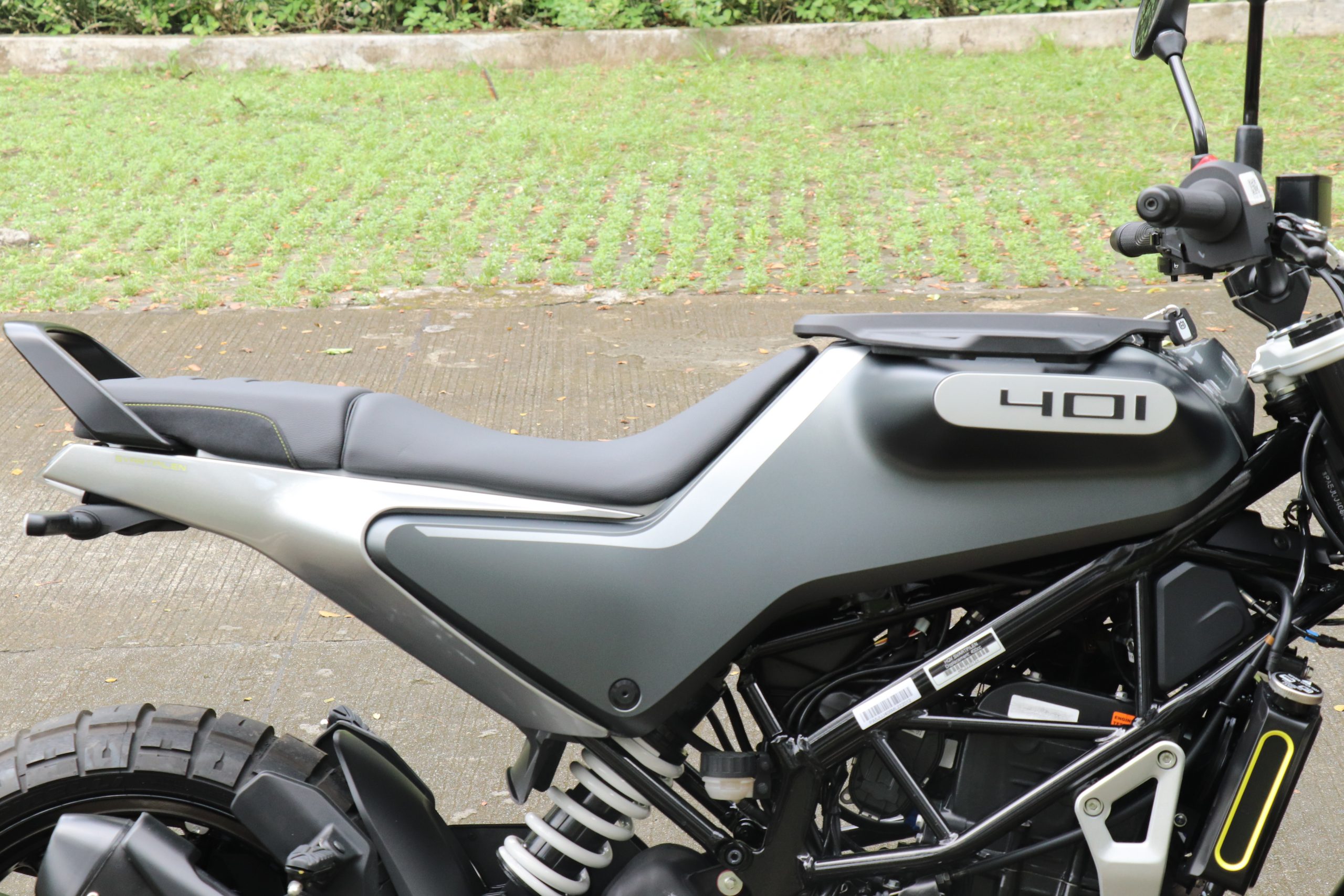 The seat is positioned higher to accommodate taller riders. The tank and seats are designed to look as one big unit, looking as if the pillion seat is floating. With the rear suspension tucked in the middle of the trellis frame, it has more clearance from the rear wheel. It is a “Love it or hate it” look.

The Svartpilen 401 is designed to be an easy ride. With a high sweptback handlebar to provide a more relaxed riding position, it gives a commanding view of the road ahead. It s also easy on the lower back, making city rides commutes more bearable and long trips less tiresome. 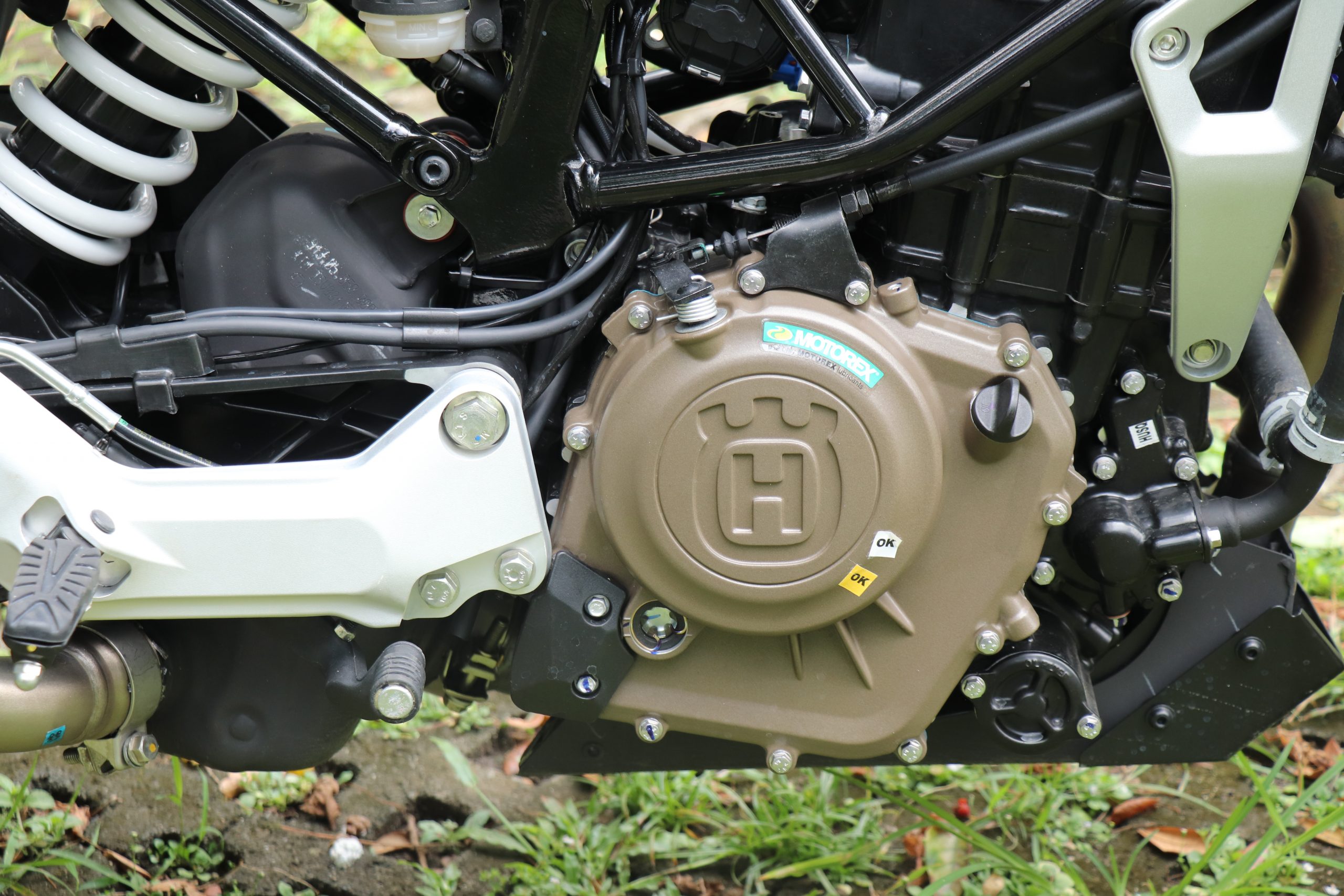 A modern 373cc single-cylinder engine that is shared with the KTM Duke powers the Svartpilen 401. With 44hp and 37Nm of torque from low down in the RPM range and mated a 6-speed gearbox, it is perfect for city traffic. 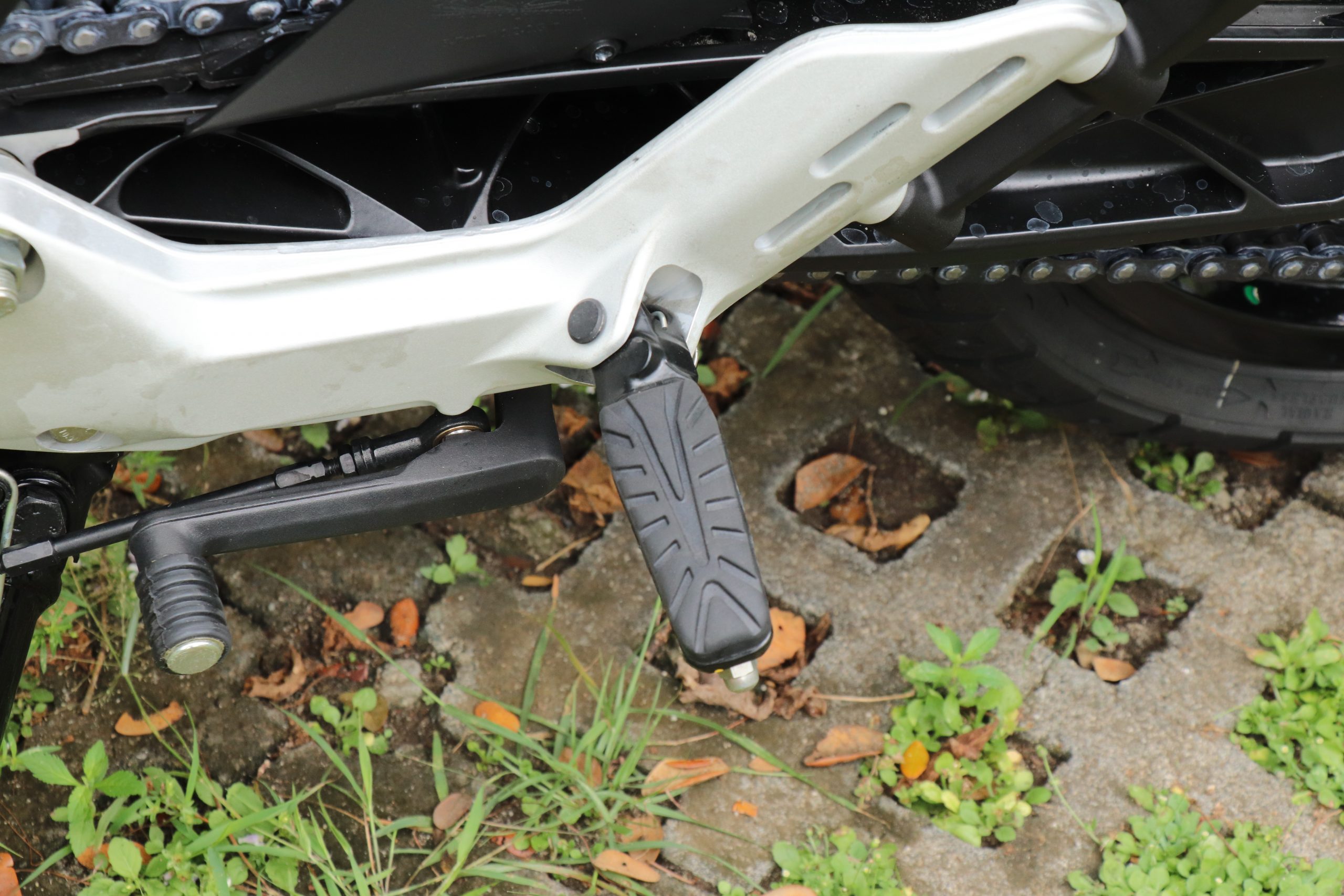 The best surprise here is the Quick Shifter. Usually found in higher displacement adventure bikes, it makes shifting into a more competitive kind. The gearbox is linked to an easy shift sensor, which allows the rider to make unbroken up shift and down shifts without the use of the clutch. The sensor works by relaying the moment the rider actuates the gear lever to the ECU, which in turn matches engine parameters to allow a simple gear change at any RPM or engine load. This gives a more rapid acceleration, lessening the time to switch gears. It also adds handlebar stability by keeping all fingers in a proper grip. It’s also beneficial in navigating tight turns and overtaking.

Husqvarna utilizes Bybre brakes for its bikes. The Svart (also the Vit) uses 320mm up front and 230mm at the back. Suspension up front is a 43mm Open Cartridge fork while the back has a progressive damping system that’s connected to the swingarm.

Immediately after riding the KTM790 Duke, I took possession of the Svartpilen 401. And there I could feel the difference. The Svart is lighter and more steering sensitive. It took a little time to adjust my riding position, as the seat height of the Svart is higher. The initial sensation I felt was kind of wobbly. The Svart is narrower and with smaller tires. But that impression quickly faded as I rode off the dealership. Despite the less heft, the Svart ride is relaxed, and much easier to maneuver, thanks to its lightweight package.

The eclectic designed fuel tank is actually easier to pin with your legs. In lieu of pannier box at the sides (there is no bracket designed for it), it has a bracket fitted on top of the tank for a travel bag. Looks sporty too. The 9.5-liter tank capacity may be less than expected but it will do with less fuel stops with the frugal consumption of the engine. Estimate is 28-30km/liter. Not bad.

The difference between the Svartpilen 401 and the Vitpilen 401 is mainly the handlebar profile. While the Svart offers a more standard riding profile, the Vit possesses the café racer vibe; lower and shorter handlebars for the head down ride. 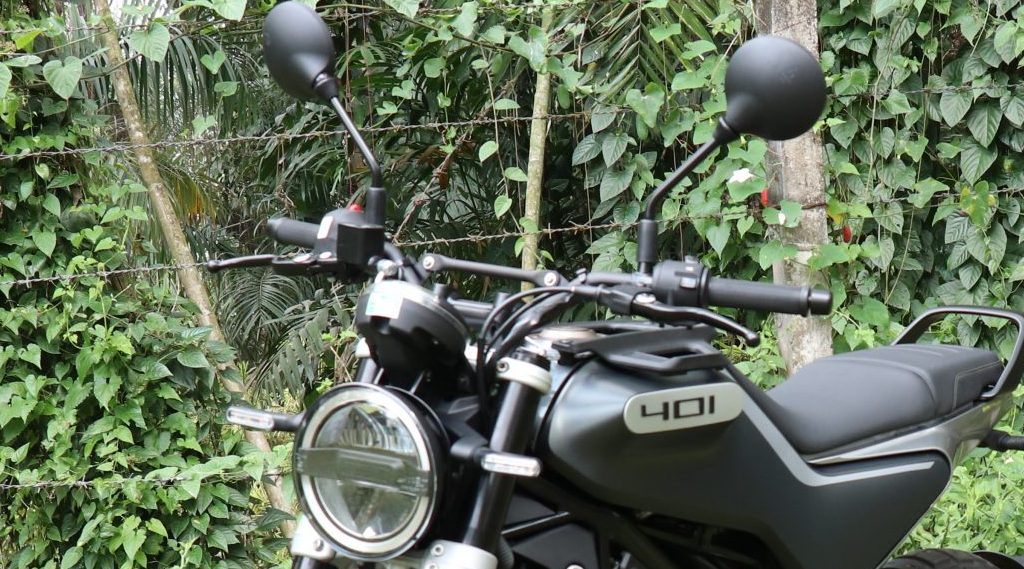 The overall package of the Husqvarna Svartpilen 401 is recommended for the average sized rider. Small and lightweight but with a peppy engine, its more fun to ride, even with city traffic. A combination that is somewhat hard to find these days. 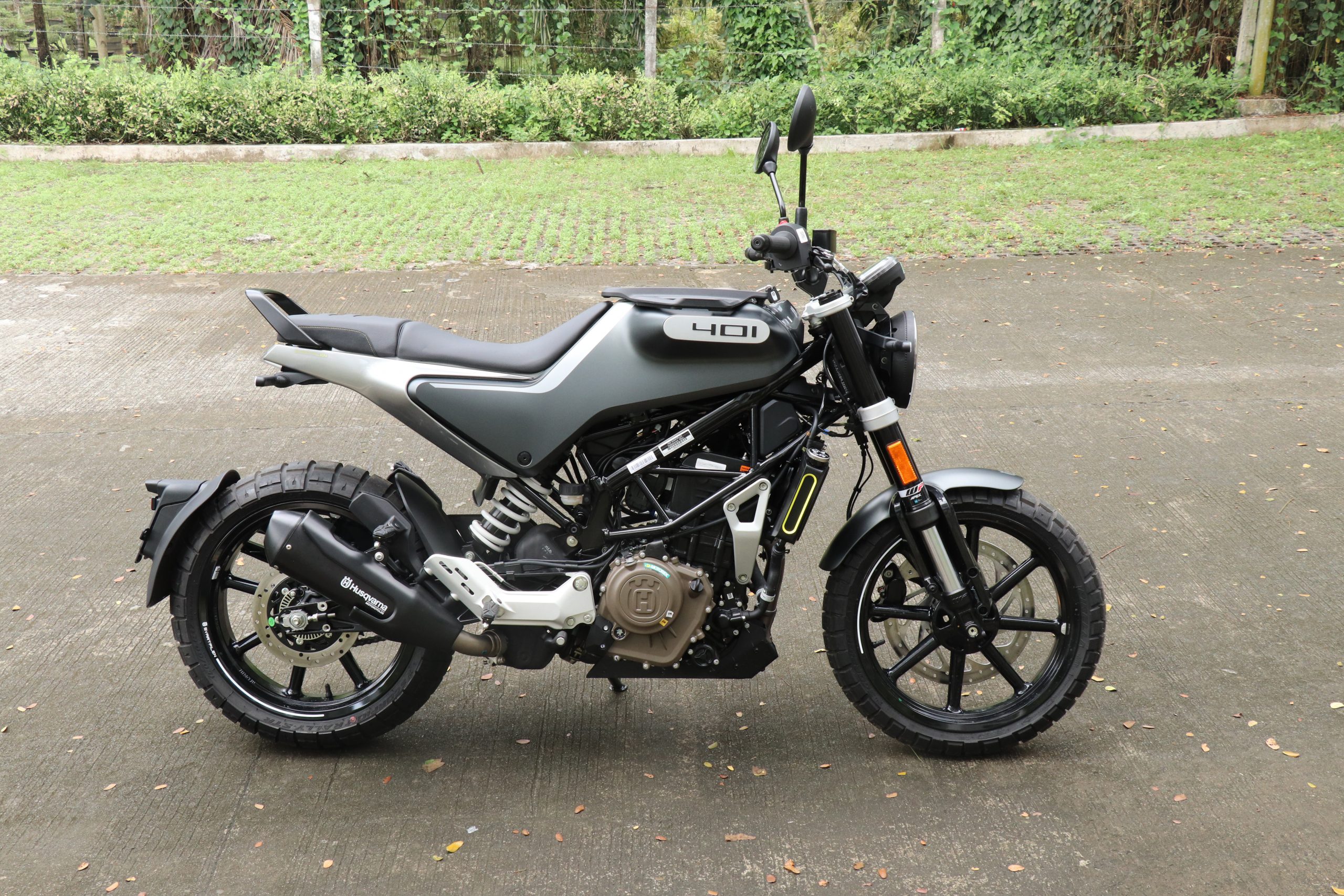 Husqvarna Motorcycles are proudly made in the Philippines and is exclusively distributed by  Adventure Cycle Philippines Inc., 31st Street, Taguig, Metro Manila.