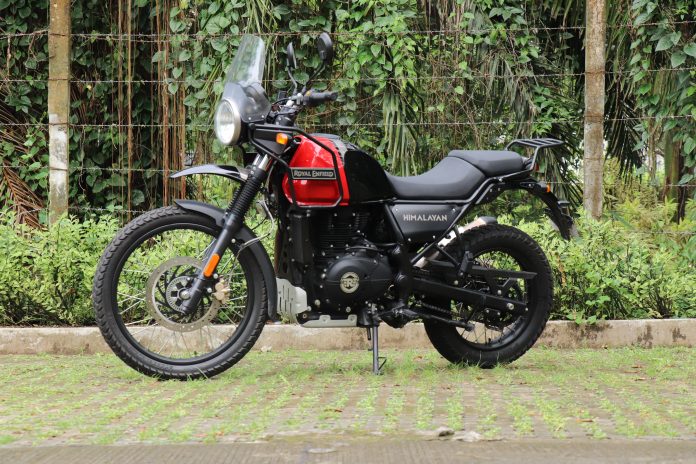 (Note. This article first appeared in the Wheels section of the February 2021 issue of AutocarPh Magazine)

With the success of big engine Adventure Bikes locally; it was only natural that leading brands will come up with smaller albeit affordable version of the tough motorbike. Among the first to release is Royal Enfield – the Himalayan. Now on its 4th year in the Philippines, the second generation has become better and well rounded.

Following the tracks of its bigger European contemporaries, the Royal Enfield Himalayan caters to the market that think the thousand cc’s engine size is a tad too much. Dual purpose is the name of the game, a tough weekend warrior but docile transport during weekdays. 400cc is the perfect compromise, and the Himalayan is more than glad to serve this purpose.

Outside, The Royal Enfield remains virtually unchanged, except for new radical colorways. The trademark front crash guard is still there and of course, the familiar stance, giving the Himalayan a more determined image than its competitors.

With a winning powertrain combination, there is nothing to improve much anymore, except maybe up the engine to Euro-4 compliance. Safety is imperative, so a Dual Channel ABS system was also added. 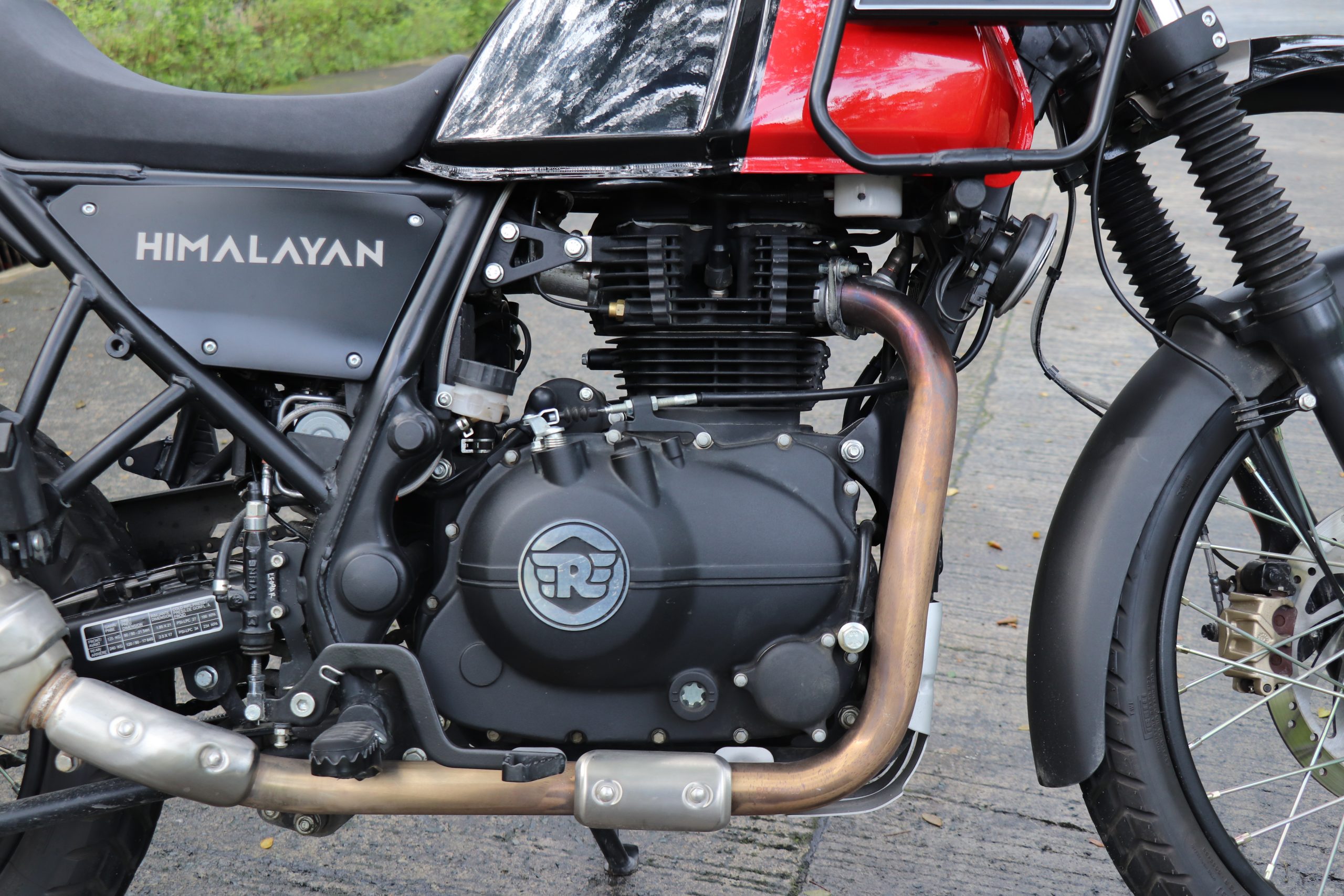 We wanted to know how the Royal Enfield Himalayan would fare in the city. That’s why the majority of our drives were in and around Metro Manila. For an average rider (like the author), one motorcycle is all we need, and a smaller Adventure bike is our ideal ride.

First off, ride height is a make or break deal for us. It can spell an enjoyable or an unpleasant one. The Himalayan ride height was just right. Both feet are planted on the ground on a full stop.

The gauges are angled to the rider, so there’s minimum glare. The tall windscreen takes a little getting used to, but appreciated (more on this later). Handlebar reach is relaxed and the controls and buttons are easy to reach with the thumbs; no ungripping of the hands is necessary. The fuel tank is narrow, which makes leg grip easier. This makes highway jaunts more relaxed. Upon taking possession of the Himalayan from the Royal Enfield office in Makati, deciding what route to use was a no brainer; Skyway 3 was calling! Going out of Buendia Ave gave me a taste of what to expect from the Himalayan. Right off the bat, shifting is crisp and precise, with little clutch lever effort. The upright sitting position gave me a commanding view of the road in front.

Upon reaching the on ramp to the Skyway 3 entrance, I twisted the throttle to give first gear a boost. This is where the small displacement shows its characteristics. Yeah, it’s far from a 650cc that I previously used. Properly gauging what rpm to shift is imperative — Its a thin line between over revving and engine stall.

Since majority of the Skyway is more than 60ft of the ground, cross wind is felt immediately. Cowering minimizes the draft. The tall windscreen was instrumental in minimizing turbulence on my helmet. Wind noise was also cut to tolerable levels. Never have I appreciated windscreens until now. 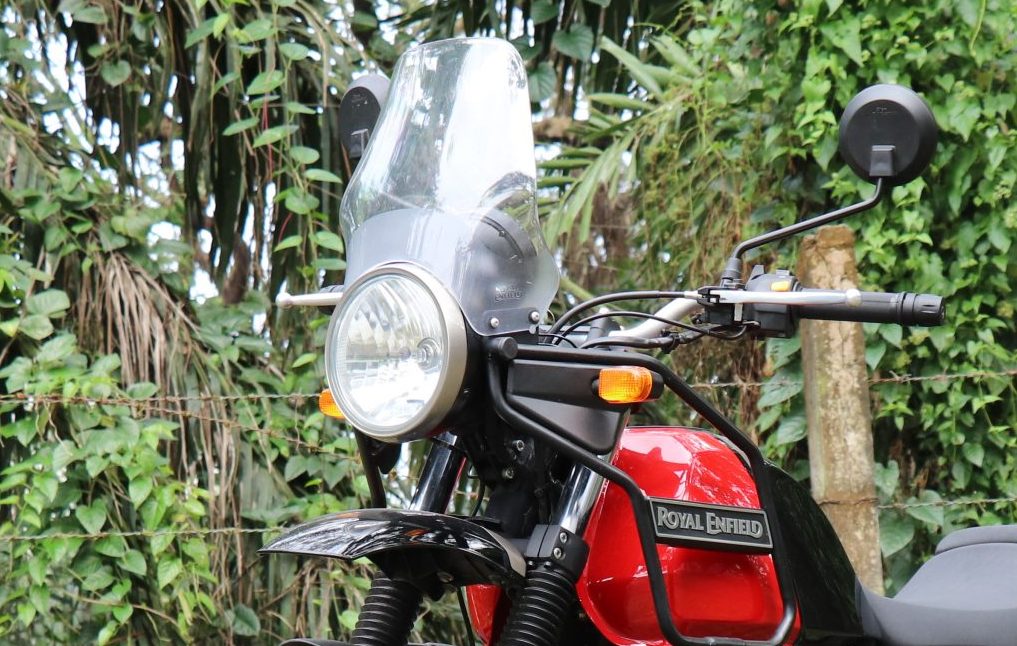 The suspension was softer than I expected. Although you can feel the unevenness of the road, the vibrations were not that noticeable. Traction from the Pirelli tires was superb even on wet surfaces; no slipping as the suspension compensates for minor infractions.

The Himalayan is light enough to push it to the left or right when banking on a tight turn, although the handlebar steering is a tad light, requiring tighter grip of both hands.

The “straights” is where the Himalayan also shines. Despite the crosswinds and rough paved road, the ride was very stable, to the point that you speed up just to get the blood flowing. The handlebar was devoid of all kinds of vibrations in spite of the bigger diameter front wheel. 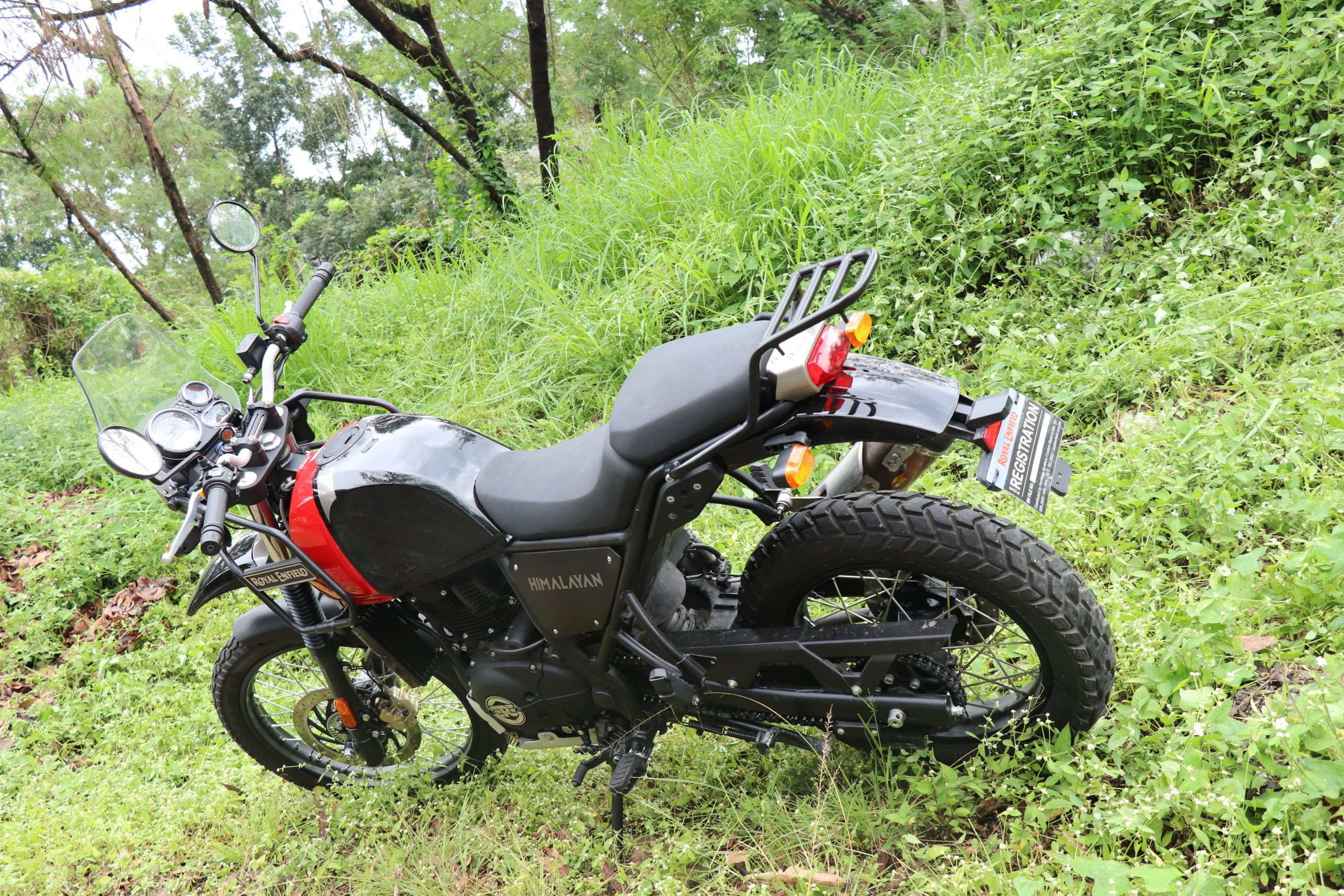 The next day, I bought the Himalayan to a rough section in QC with short unpaved roads and overgrown shrubbery. Because it rained that morning, the trail was slippery. The ABS proved their worth with sudden braking; no wheel slip was experienced. The only thing I will improve is maybe put knobbier tires for more grip – and a tougher look for the bike.

Parking was also easy. Going out of the garage backwards was surprisingly easy, as the lightweight Himalayan was easy to push back. Also, aside from the side-stand, a center stand is also included in the package! The weight is negligible that you can utilize the center stand easy. 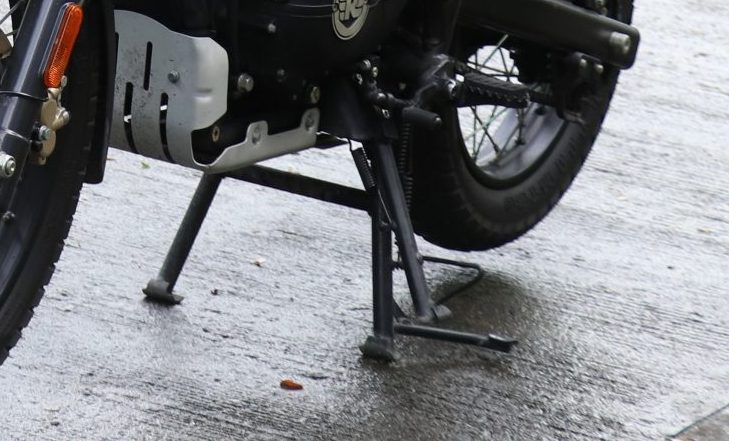 Going around revealed its frugality. Estimated consumption was a measly 35km/Liter. Highway use can yield more kilometers, for less frequent fuel stops.

The Royal Enfield Himalayan is very easy to use. You don’t need another bike for commuting. This is it. Tough, frugal and can take any kind of terrain. It’s the only bike you’ll need. 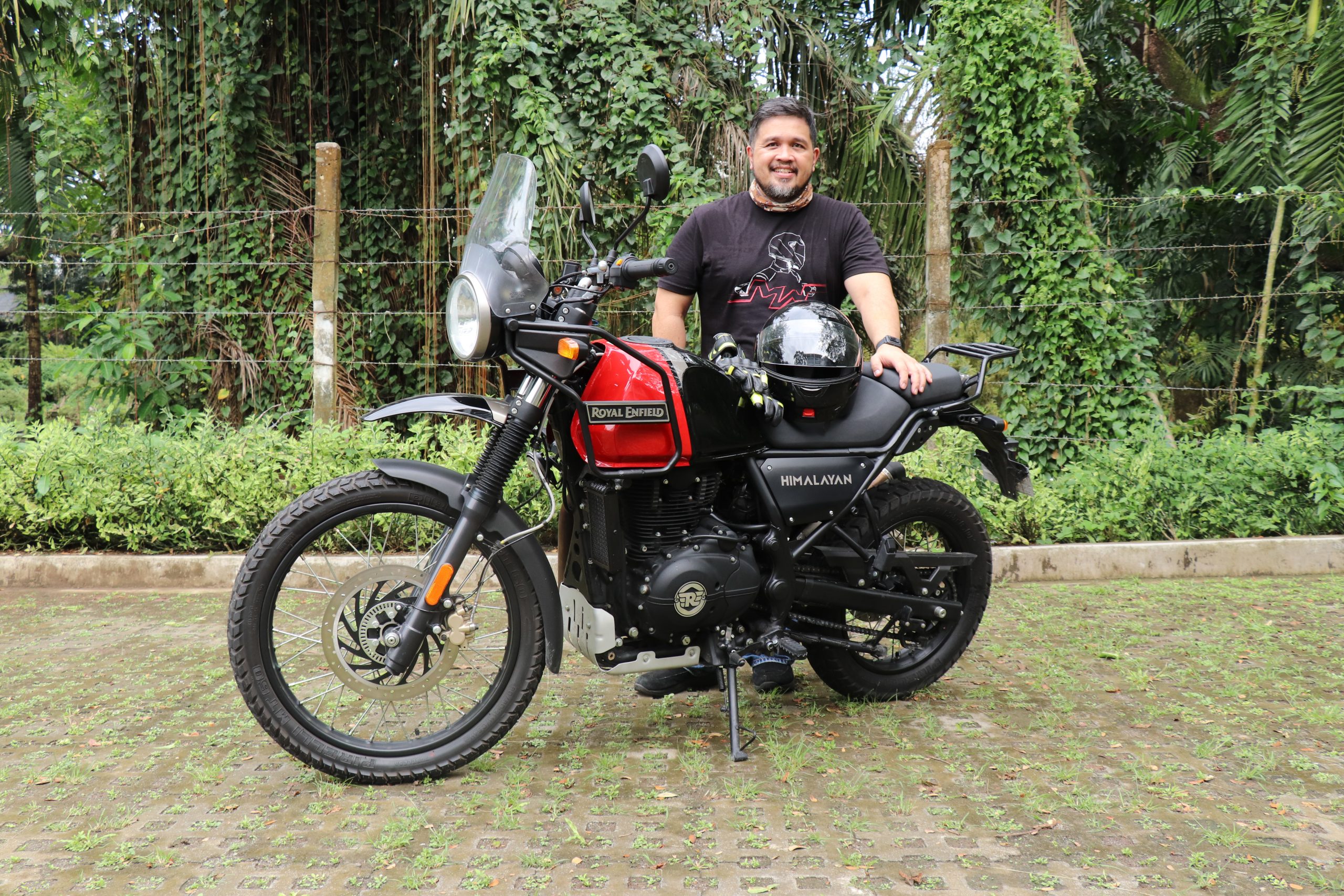