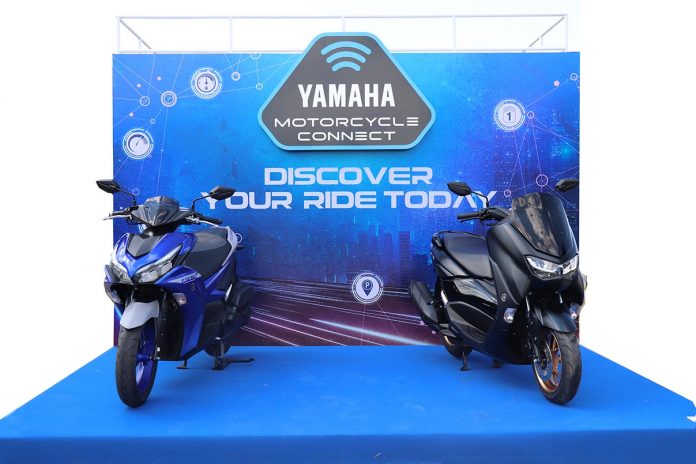 A first hand experience with the new Yamaha scoots.

A few lucky members of the motorcycle media were treated to a first hand demo of the new Yamaha Mio Aerox 155 and Nmax 155 at their Batangas proving grounds last week. The new scoots from Yamaha were redesigned from the frame up; New dynamic look and more importantly, new technology to make Yamaha more exciting to ride.

Upon arrival at Yamaha’s Batangas plant, our batch of media riders was ushered to a conference room for some snacks and a short orientation. Here we were familiarized with the new variants of the Nmax 155 and the Mio Aerox 155. We were briefed with the new Y-Connect, an app that connects the scooter unit to the cellphone of the rider. 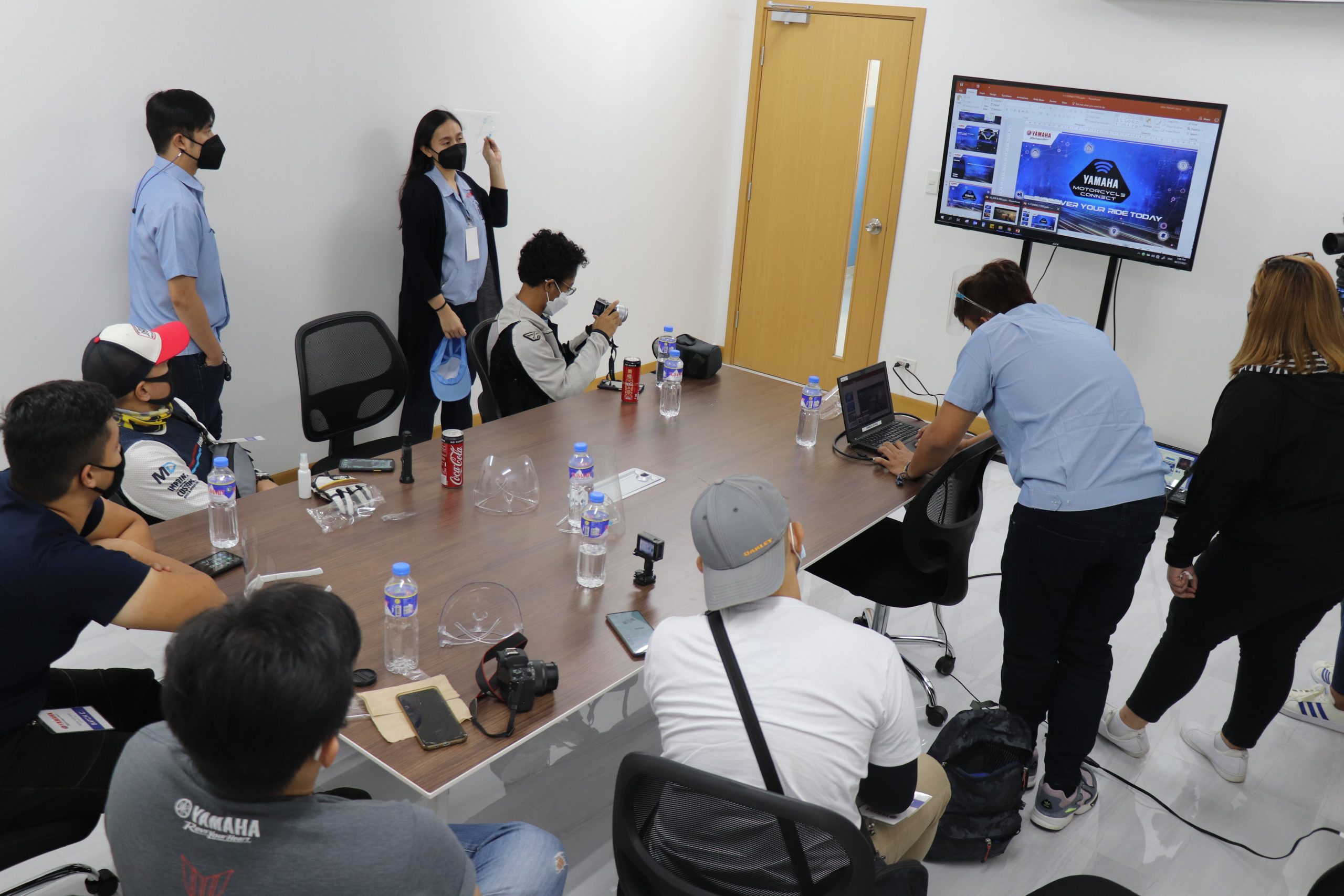 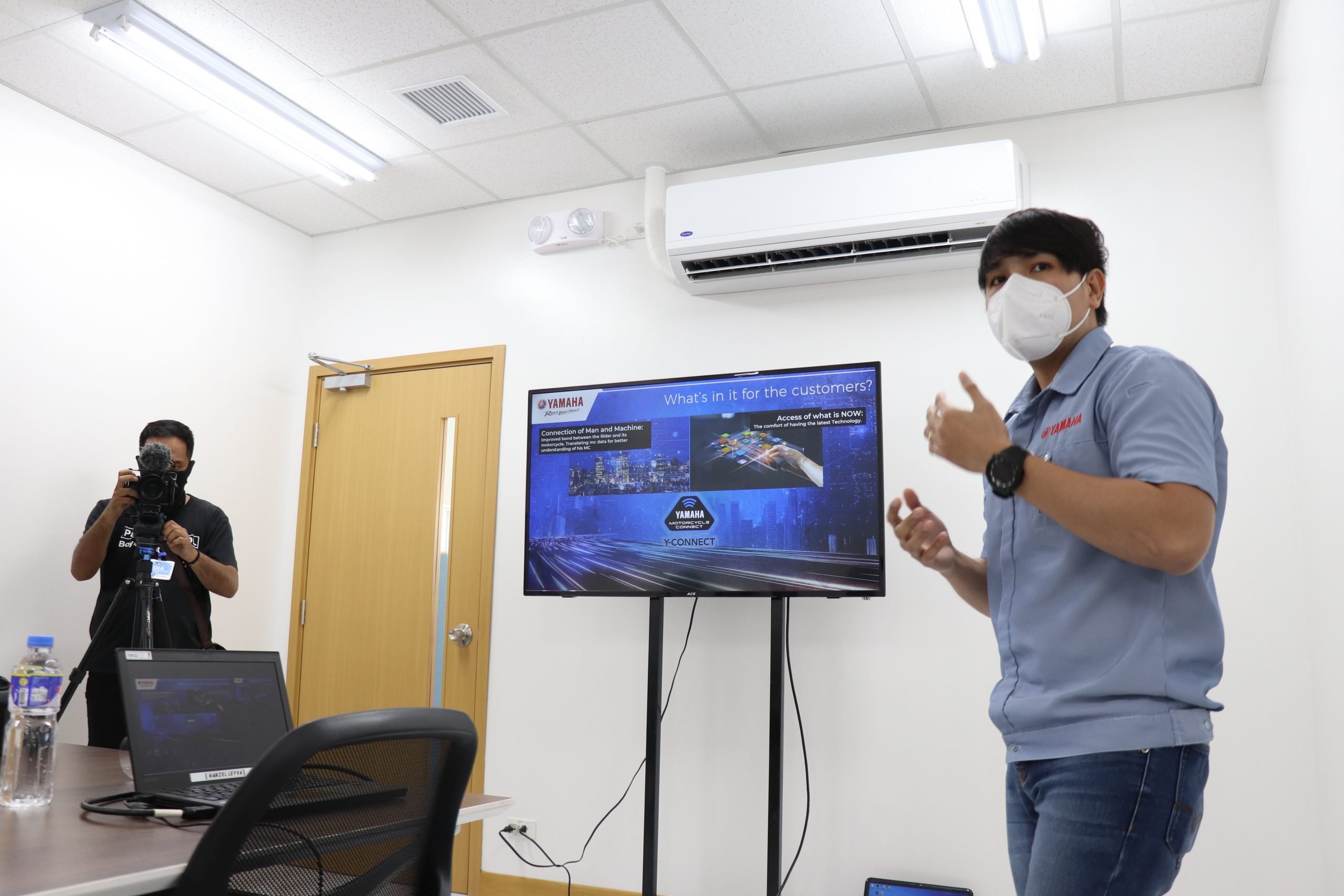 Riding around the track

The Yamaha proving grounds is a short track that is combination of straightways, a roundabout and a few meters of dirt road and cobblestone road. This is meant to be a test bed of sorts for every Yamaha model, and also for guys like me to have a more realistic feel when riding any Yamaha scooter or motorcycle. As for testing the Y-Connect, this gives a first hand impression on how to determine the cellphone alert. 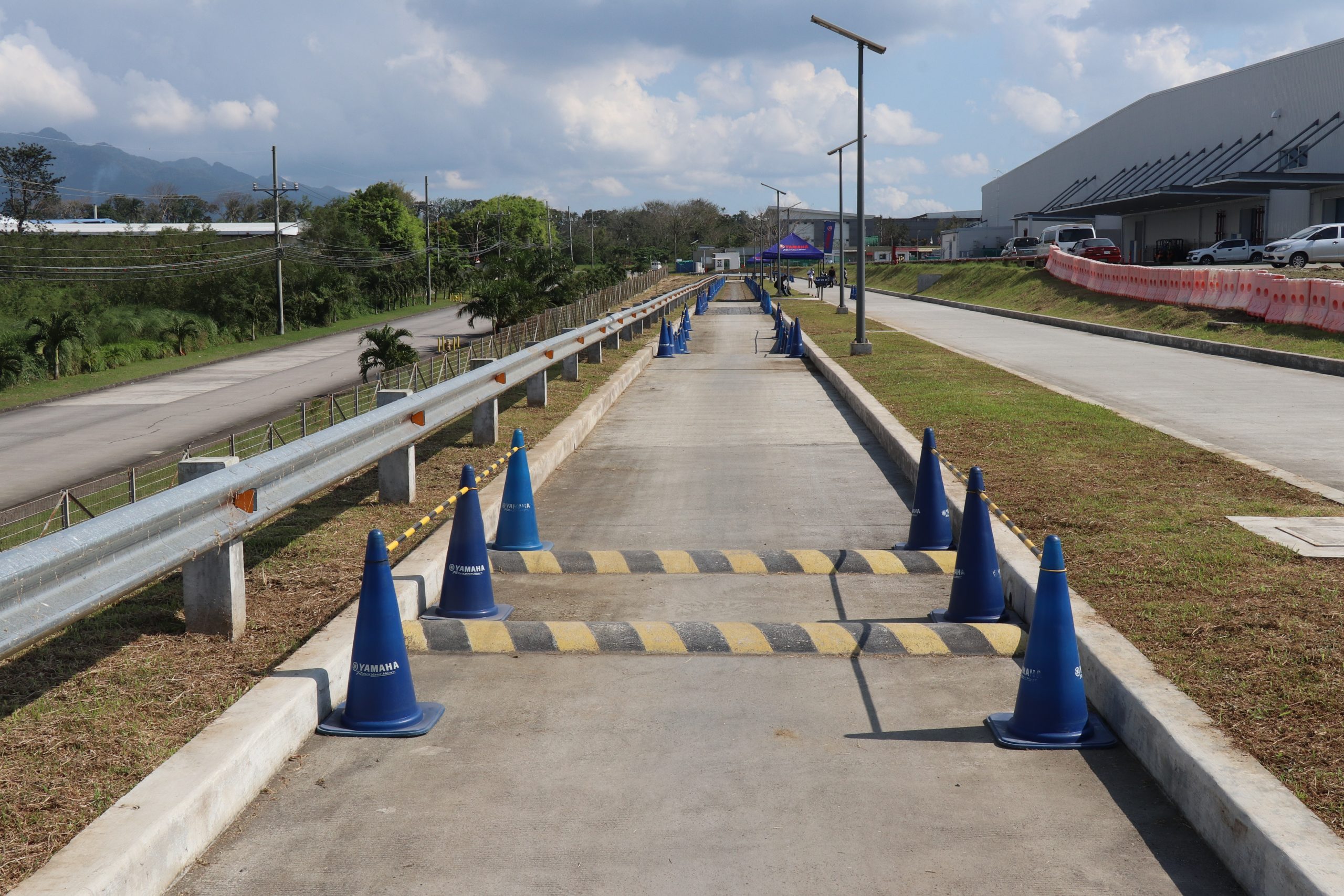 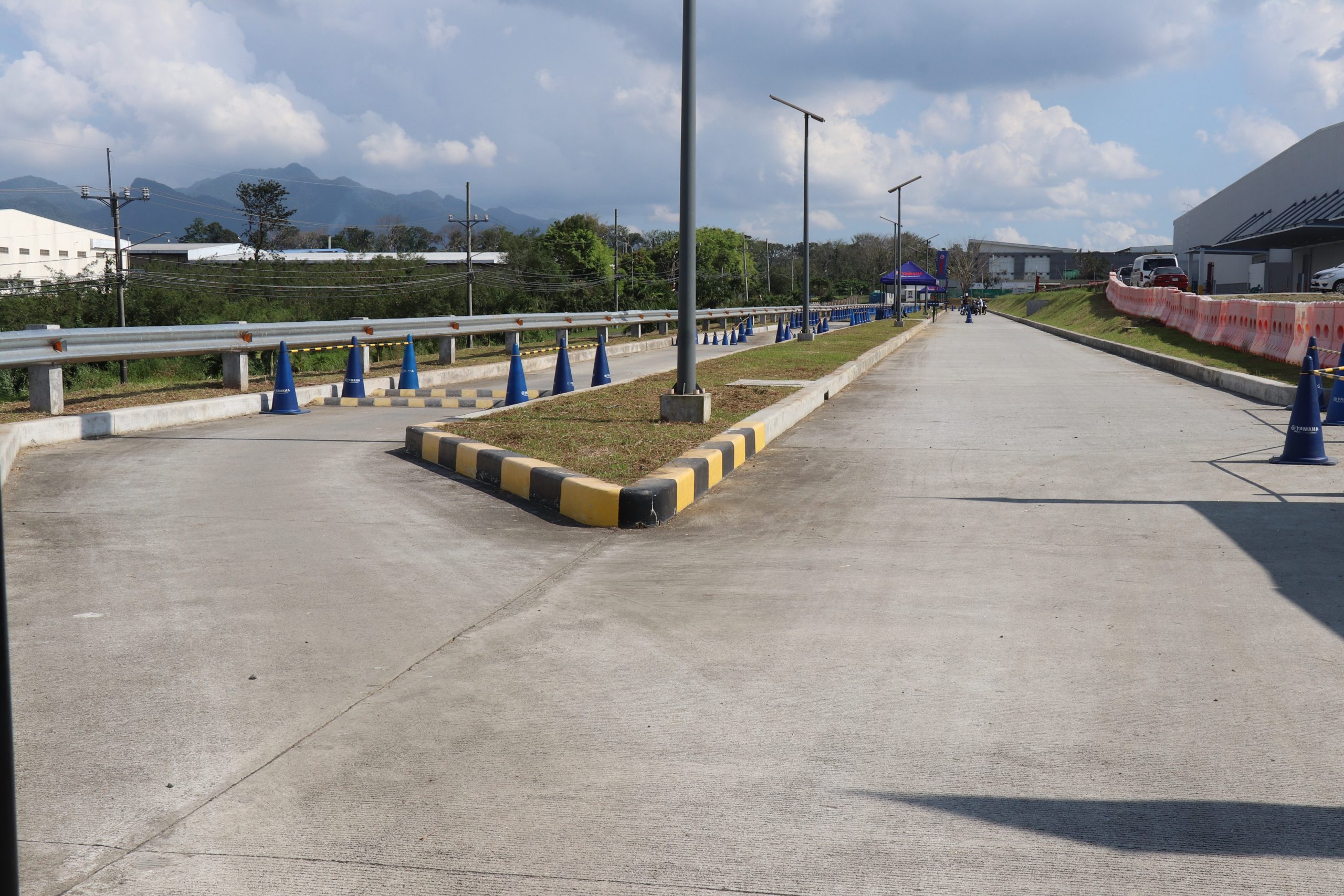 The group was given an opportunity to test both the Aerox and Nmax, with Y-Connect of course. We downloaded the Y-Connect app (which is available from Apple App Store and Google) we then connected, quite easily, to the preferred Yamaha unit. This app is very useful–aside from call/text alert, it also notifies the owner of the scheduled maintenance period, fuel consumption, and recent parking location. Neat huh? 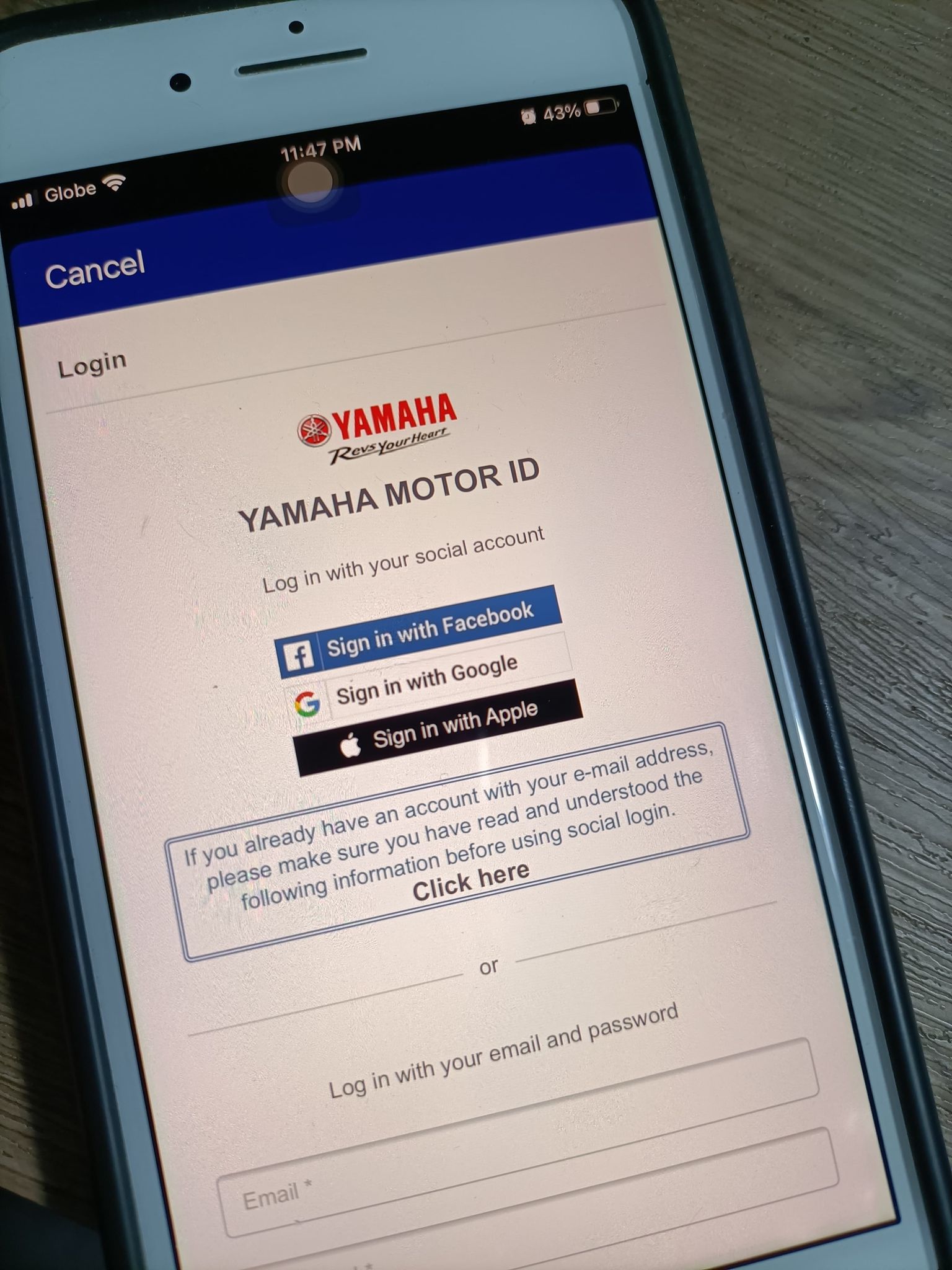 After donning all safety riding gear, we were instructed to go for a few rounds to familiarize ourselves to the new Yamaha models. We then took another two rounds, this time with call and message alert to our cellphones. Here we noted that call or text icons in the cockpit display flashes to alert the rider. We parked at designated stops to answer and confirm the receipt of the calls/text. 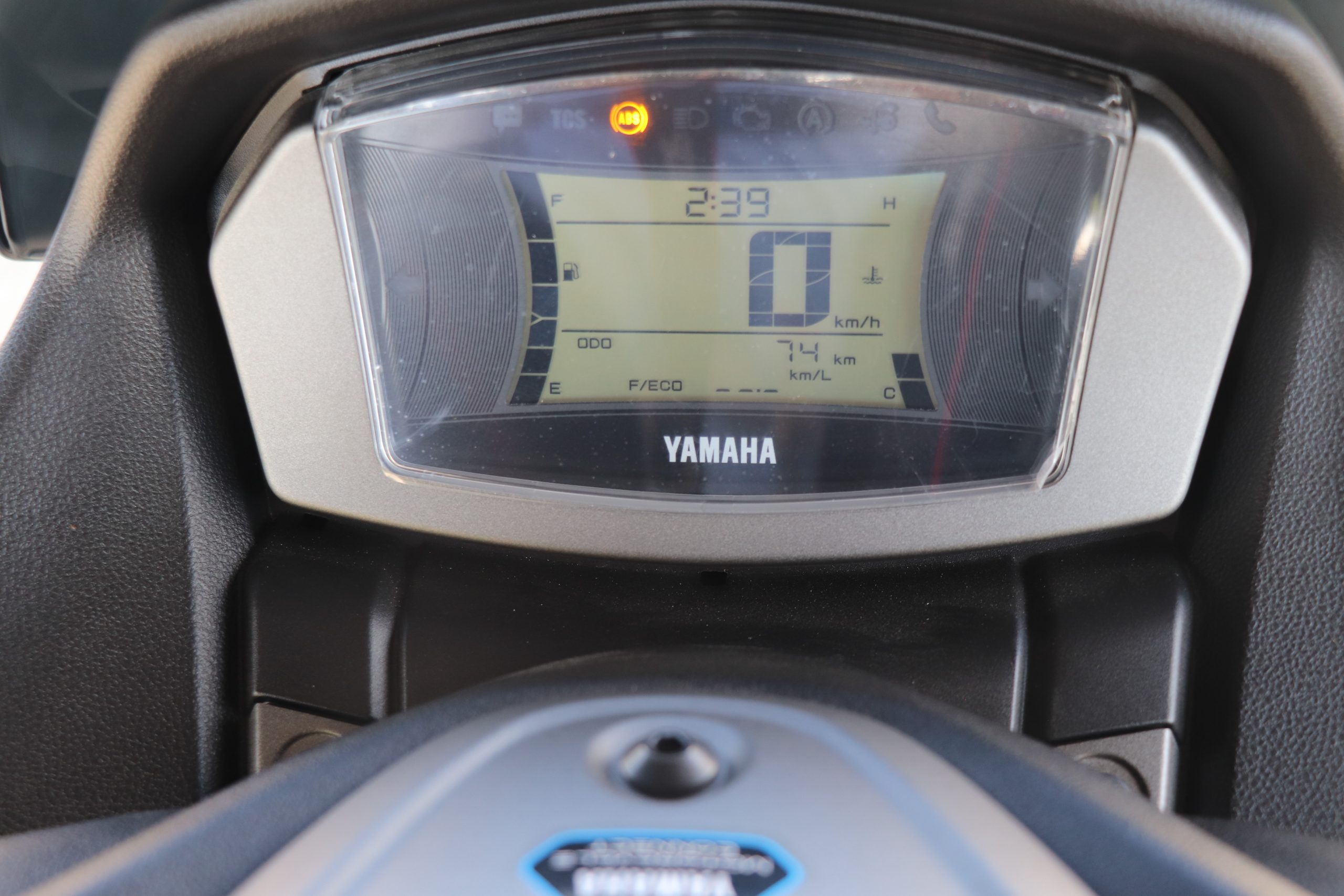 After parking, we were shown the other features of the app, namely the scheduled oil change and tune up and fuel consumption. These features leaves the competition in the dust!

The group was also treated to a tour of the Factory. The assembly process is state of the art, with interconnecting divisions that ensures timely and exact output of both Aerox and Nmax units. (They share the same frame). The factory is still in expansion phase, which indicates the growing production forecasts of Yaaha for the Philippine market.

The holding facility is vast, with a storage capacity of approximately a thousand units. All under one roof.

The new MIO Aerox is equipped with the advanced liquid-cooled, 4-stroke SOHC, 155cc, single-cylinder, 4-valve, fuel-injected engine with CVT and VVA. The new engine uses a new cylinder head with a compact combustion chamber to achieve a higher compression ratio. The engine mounting angle and suspension link length were reengineered while the trail was made longer resulting in excellent straight-line stability.

The Smart Motor Generator (SMG) System also acts as a starter motor. This eliminates the need for a separate conventional starter.

The redesigned seat is now more comfortable; The footboards were shaped to make the rider comfortable even in a forward-leaning riding position. This new profile provides a motorcycle-riding feel while emitting a sportier vibe. Combined with the super wide tubeless tires with a measurement of 110/80-14 (front tire) and 140/70-14 (rear tire), the look is achieved seamlessly. The increased capacity of the fuel tank (5.5L) makes fuel stops less frequent, resulting in a more enjoyable ride.. The under-seat storage offers 24.5 liters of capacity, accommodating an XL size full-face helmet, along with your other belongings. Also, you can charge your digital devices with the electric power socket located on the left-hand pocket.

Looking at the new Nmax 155, you could see the design improvements made as compared to its predecessor. Sleeker and edgier, it has the European flair that differentiates it from the pack. The front fairings, and shield area are bigger and bulkier, giving a more solid fascia. The headlight adopts a 6-bulb LED headlight design. Four lights on the top row are for low beam, the two lights below for high beam.

The cockpit hosts a multifunction full digital speedometer for bigger and easy-to-read LCD instruments that include a bar-type fuel gauge, speedometer, clock and fuel economy data, and of course, displays Y-Connect notifications.

The new Mio Aerox, new Mio Aerox S and the New NMAX ABS were engineered and redesigned with Y-Connect to give you a whole new riding experience. Ride into a new adventure with state-of-the-art technology. Experience the evolution of innovation with Yamaha.

For more information, Visit www.yamaha-motor.com.ph or go to your nearest Yamaha dealer or Yzone at Greenfileds Mandaluyong.