Home Human Interest Behind the Wheel: Get to Know the Female Leaders that Drive Chevrolet... 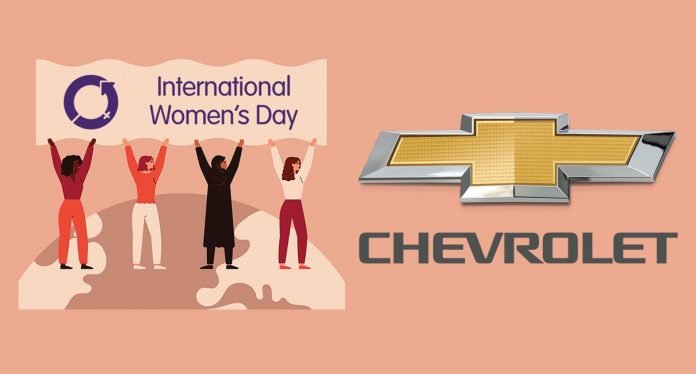 General Motors (GM), the parent company of Chevrolet, has gained recognition for its commitment to gender equality and diverse representation. In 2019, Equileap named GM as the number 1 company in the US that promotes gender equality. GM is also included in Bloomberg’s 2021 Gender Equality Index, which tracks the performance and transparency of public companies in gender-data reporting.

To this day, GM remains to be the only major automaker in history to be led by a female CEO. Heading GM since 2014, Mary Barra has recently been proclaimed to be one of the most effective auto CEO’s in more than 50 years.

Locally, The Covenant Car Company, Inc. (TCCCI), the exclusive importer and distributor of Chevrolet automobiles and parts in the Philippines, undertakes the same commitment in building a culture of diversity and inclusivity. In just almost 12 years since its incorporation, 57% of TCCCI’s top management and executive positions are already currently held by women.

The notable female representation is also evident at the local dealer level, with three (3) women owning and managing six (6) of the 21 Chevrolet dealerships in the country.

For two of these female leaders, venturing into the auto retail business comes as no surprise.

Pioneer of Female Leadership in Chevrolet

Carisa A. Laus, the Vice President and Executive Director of Laus Group Holdings, Inc., has taken on the legacy of her father, the late Levy P. Laus, in the auto retail industry. “My father was a branch manager of a bank when he decided to leave and start his own auto retail business, which he admitted he knew nothing about,” Carisa recounts.

She says her father’s naivete might have worked to their family’s advantage. Today, Carisa manages multiple Chevrolet dealerships and knows the business like the back of her hand.

Carisa’s ties to the bowtie brand runs deep. The Laus Group established Chevrolet Pampanga in 2002 and Chevrolet Dagupan in 2005, a few years before TCCCI assumed full business operations for Chevrolet in the Philippines. “We opened Chevrolet Ilocos Norte in May 2016 and Chevrolet Baguio in April 2018.”

Presiding over four Chevrolet dealerships in different regions, the young Laus has developed her own unique leadership style. “I found that it pays off when you treat each employee uniquely – recognize their individual traits and strengths and bank on them. The same holds true in running our business operations. In as much as we want to standardize our processes, we have to operate differently in each dealership.”

Carisa also believes that strength of character, integrity, and credibility molded her to become an effective leader. “These are the principles that I learned from my father [which] help me to lead others,” she shares.

With almost two decades of leading their Chevrolet dealer operations, Carisa has opened doors for women who are equally passionate and trustworthy to head different service departments in their dealerships.

She believes that female leaders equally share the same role as their male counterparts in the auto retail industry. “We bring our team to where we need them to be, but I think it is a given that women leaders are the ones who consciously ensure that there is gender balance in the workplace.”

Carisa adds: “The automotive industry is changing. Women play a great role in creating more opportunities for [other] women in a once male-dominated business sector.”

Jessica is no stranger to the auto retail industry. “It was a family business that was passed down from my grandfather. I wanted to continue the legacy,” she says.

Facing the most challenging times in her four-year stint as president because of the on-going Covid-19 pandemic, Jessica steers Chevrolet Greenhills-EDSA in this new difficult environment. “Despite the current situation that we are in, we are able to adapt really fast.”

She teamed up with sterilizing technology manufacturer, Medklinn Philippines, to provide added safety and protection to their customers. She also oversaw the accelerated adoption of Chevrolet Greenhills-EDSA to digital marketing and sales, offering easy online payment options for new Chevy car buyers.

Jessica believes that implementing customer-oriented practices and employing innovative ideas will help mold the future of the company stronger. “As a leader, I always aim for excellence – in doing what is best. This has to be coupled with creating an environment of ownership and responsibility; earn the trust of your colleagues and treat each other respectfully.”

Jessica currently leads a team of 75 employees. “[W]e employ more women in sales and more men in service departments. Sales is no longer a boys’ club. Women have an advantage when it comes to sales as they tend to be more empathetic than men.”

Although Chevrolet Greenhills-EDSA celebrates a diverse and inclusive workforce, Jessica still sees some challenges for women in the automotive industry. “I think it’s because women tend to be insecure and have self-doubt brought by the stereotype of the general population that males have more knowledge about cars than females.”

Asked how to put the brake on this stereotype, Jessica says: “We need to add more female representation in this industry.”

She has yet to see a lady technician join their team, but Jessica knows that regardless of the nature of the job, women have what it takes to drive the automotive retail industry in the country.