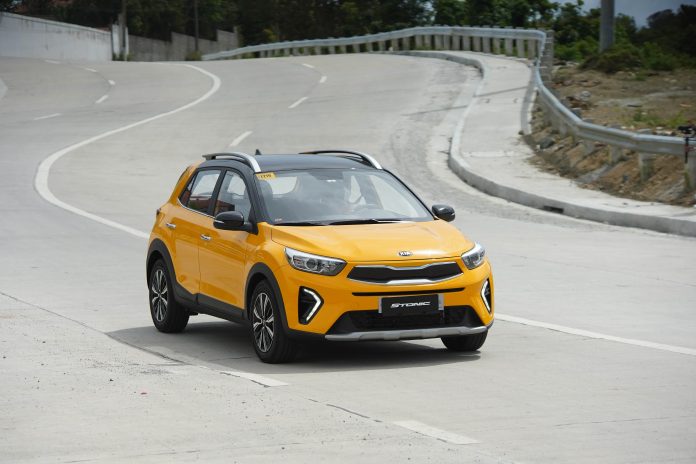 Southbound And Down. Cavite, Batangas and Laguna fast and scenic drive.

The pandemic has changed the way we test cars. What used to be a standard 7-day schedule has been shortened to 5 days; The extra day is needed to sanitize the cars before and after usage. It has also changed the typical media drives. Overnight trips are now out of the question, with day trips now the norm. This new kind of drive has minimal activities; just your typical ride and drive around nearby provinces and it usually concludes at lunchtime. No more socializing — just small talk within the proper distancing. Oh yeah, swab tests are the also thenorm now.

The Kia Stonic EX AT is a pleasant surprise to say the least. Launched just months ago via online during the lockdown, the test drive was a surprise actually. Not all media personalities were present; just the ones who passed the medical requirements. With just one person/driver in one vehicle, utmost hygiene and overall safety is observed. Inter-team communications was provided by a wireless radio–which was an advantage because you can concentrate on the Stonic and its driving characteristics.

Our route was from BGC, then CALAX, all the way to – Ternate Hwy, Maragondon, Cavite, Batangas then Tagaytay where we concluded the trip. A 4-hour drive that was a mix of highways, uphill, downhill, zigzags and of course, small town traffic. This was the complete field test for the Kia Stonic that you can press into half a day.

To familiarize yourself with the new Kia Stonic, the unit is delivered to you two days before the drive. Here, you can take pictures and videos at your own pace. Admittedly, the Kia Stonic exterior was far more than what I expected. Seeing it right in front of you is far more impressive than online images. Simply put, it’s has a more classy character that’s quite a departure from its entry-level status. It looks good standing still. 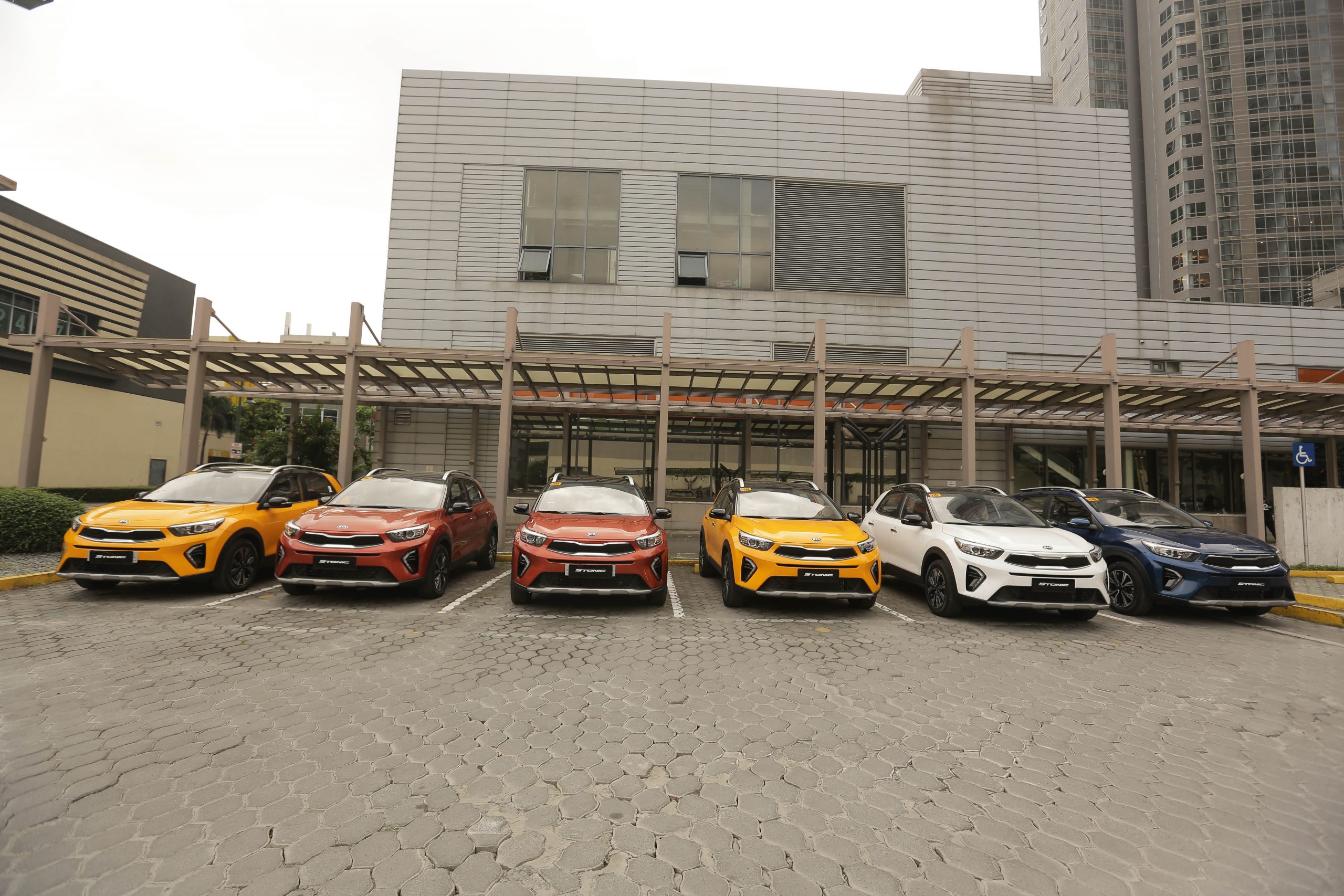 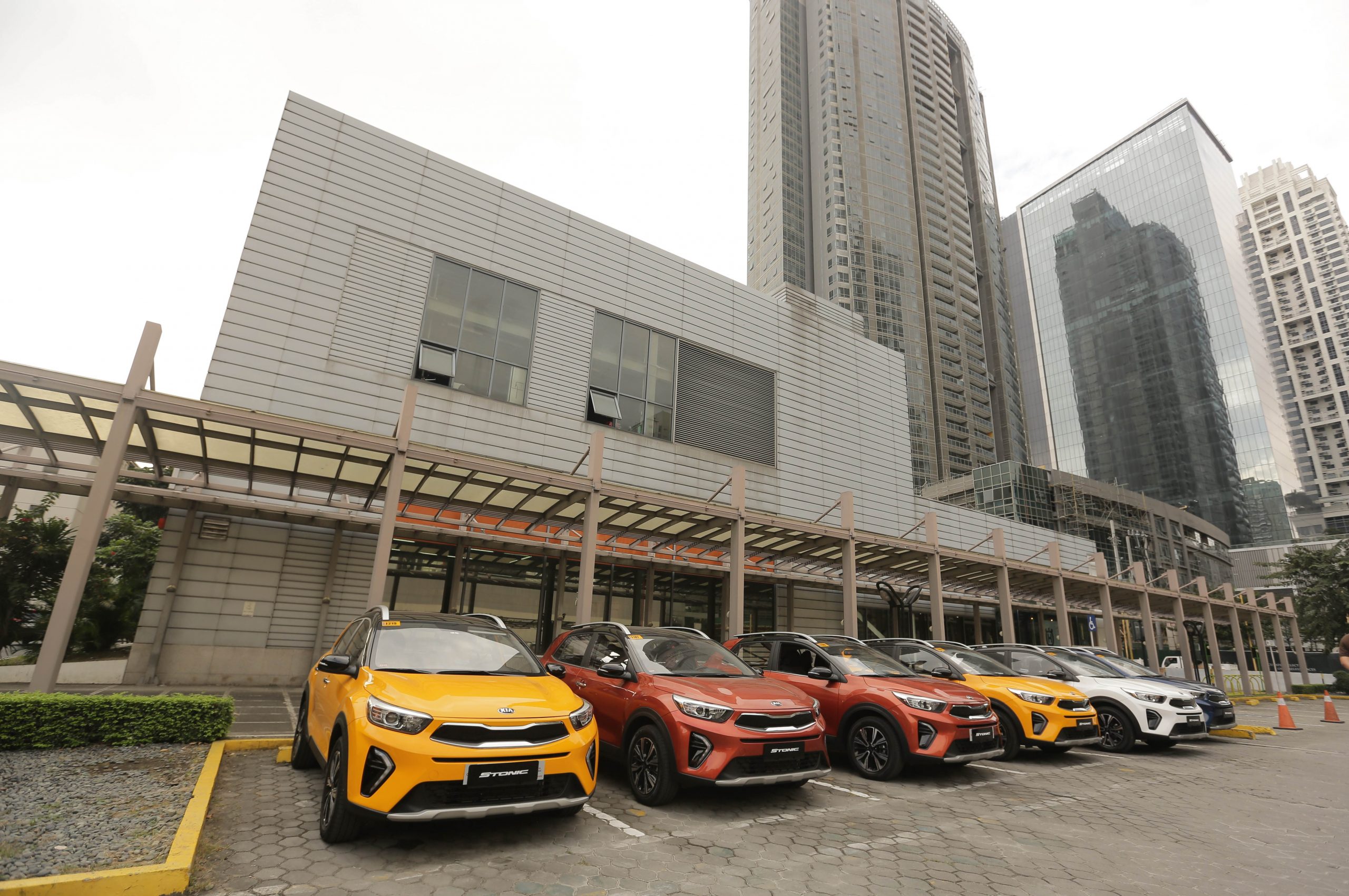 This period also gives you a chance to take a closer look at the interior and it accoutrements. While the seats and upholstery has a better feel, the most impressive feature by far is the infotainment system. For its price, the 8-inch infotainment system that comes with Apple CarPlay and Android Auto capabilities is definitely a bargain. With its contemporaries settling for just USB and Bluetooth connectivity, you get more with the Stonic. Sounds good, with Spotify no less!

After the mandatory swab test on all participants, we rolled out around 8:30am, just in time with rush hour traffic. Here, the Stonic drove effortlessly. The 1.4 Dual-Continuously Variable Valve Timing (D-CVVT), naturally-aspirated engine (read: no turbo) with 99hp and 132 Nm of torque (with automatic tranny) did its job. Here the Stonic shined; with its diminutive size and fuel frugality, it was easy to drive in heavy traffic, with just enough power to weave in and out of traffic.

Upon entering CAVITEX, we were free to press the engine a little more. As we speed up to the lead car’s speed, the Stonic accelerated satisfactorily, with the engine climbing to 3500rpms before shifting. Note that this is with the driver alone. You will wonder how it will perform with 3 more passengers. But also remember that this is also the engine that powers the Kia Soluto compact sedan. It makes more sense when it registers close to 15km/l at 85kph. Not bad for the small engine that loves to rev!

The drive started out uneventful until we reached the roads of Marogondon—to the popular Kaybiang tunnel. This area was a combination of hill climbs and tight turns– a racer’s delight. The Stonic didn’t disappoint. With manual shifting at 4,000 rpms, the Stonic sped up on demand. With automatic shifting, it was a tad slow but when pressed hard, the transmission downshifted 2 gears down to maximize the 132Nm of torque.

The suspension also worked impeccably in coordination with the tall 17in wheels. They worked in tandem to give the Stonic more stability and traction. There was minimal body roll, especially on fast and tight turns. Imagine the Stonic with wider tires and you have a mini canyon carver! Steering was also responsive, needing less rotation than the usual sedans.

As usual, traffic was heavy when we reached Tagaytay City proper. Stop-and-go pace didn’t deter the Stonic. Experimenting by shifting from Neutral to Drive, it didn’t emit the “thud’ sound usually associated with econoboxes. Lockup is good, with no vibration at all.

The driver has a commanding view of the vehicles upfront, thanks to the big windshield, although when without visor tint, the noon sun shines its rays on your crotch and leg area. With its big windows and the Philippines being a tropical country, tint is a must.

A long trip is usually the ultimate judge of character. And here, the front seats are guilty. The thin support cushion at the lower part of the seat back resulted in lower back discomfort. Maybe its because of the more “spirited driving” required of the trip, or the stiff suspension play. For whatever reason, Kia can, and should fix this.

Since there were no other passengers, the rear seats were not evaluated properly, but the passenger space is generous to say the least. A day before the ride, the author’s son, who is about 6’1, tried sitting in the Stonic and was pleasantly surprised that the legroom can accommodate his legs. Of course, he must position both his feet directly under the front seat cushion, as his big feet will hit the seat sliders when tilting for more relaxed position. Also, even with his full head of hair, it doesn’t reach the car ceiling.

The Kia Stonic EX AT is the top of the line variant with pre-safeguard price of PHP925k as of press time. Other variants, such as the Kia Stonic LX MT at PHP735K and the mid variant LX AT at PHP835K, you’d be hard pressed to look for another vehicle with these prices that offers these features, that look this good. The drive just reinforced the advantages of owning a Kia Stonic. It’s really a style that’s iconic.