Home Motorcycles Start Your Journey With The KTM 390 Adventure 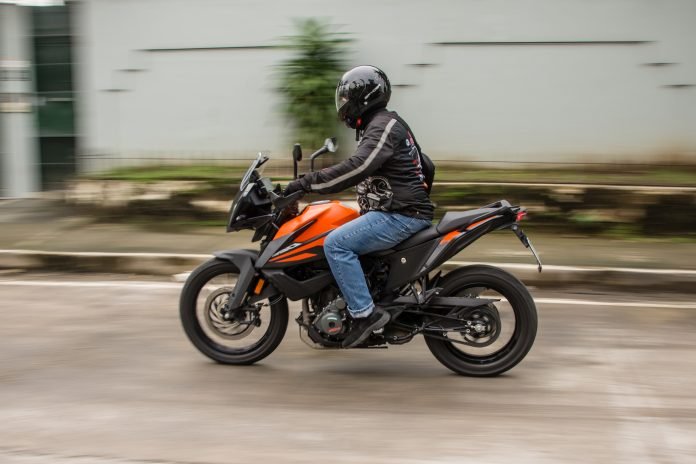 KTM Philippines recognizes the fast but pricey emerging Adventure Motorcycle market, so it released the KTM 390 Adventure, a variant of the 390 Duke series. As with the 790 Duke and 790 Adventure, it is also proudly Philippine made.

Essentially a smaller version of the famed 790 Adventure, the KTM 390 Adventure also lives on the same premise as its bigger siblings, including the KTM 1290. Equipped with an array of technological features that are usually found on higher variants, the KTM 390 Adventure cements its position as the best entry-level all around bike that will give bigger displacement competition a run for their money.

Just days after testing a bigger displacement motorcycle, starting the KTM 390 adventure didn’t give that exciting feeling. The rumble of the Single-cylinder 373.2 cc, DOHC, liquid-cooled engine roar immediately reveals the smaller displacement; a bit quiet for my taste. But yeah, noise is not an indicator — more on that later.

Familiarization with the controls as explained extensively by the KTM technician actually surprised us. Most features are reminiscent of the 790 Adventure such as Quick Shift, ABS control switch; drive modes and Bluetooth connectivity – for starters.

Seat height is lower than its contemporaries at 855 mm, which is a boon for shorter riders. The higher profile fuel tank can carry up to 14.5 liters of gasoline, enough for longer rides. Overall weight is a lightweight158 kilograms. Traffic maneuvering is easier with both feet planted on the ground at full stop.

On the aesthetic side, the Adventure bike look is unmistakable albeit the smaller tires. The fairings, beefy front wheel fender, semi-knobby tires, eagle- style headlights and the dominant orange hues, well, it shouts KTM”.

Riding out of BGC revealed the characteristics of the KTM 390 Adventure. Sure, the lower displacement negates the rip-roaring acceleration, but the surprisingly torquey engine still provides respectable response. The clutch lever is very light, and the quick shifter is very impressive, minimal foot effort activates the short-but-exact shifting. Neutral was very easy to find! The quick shifter was very useful during traffic on EDSA, no hesitation, and gear selection is easier even without looking at the digital display. 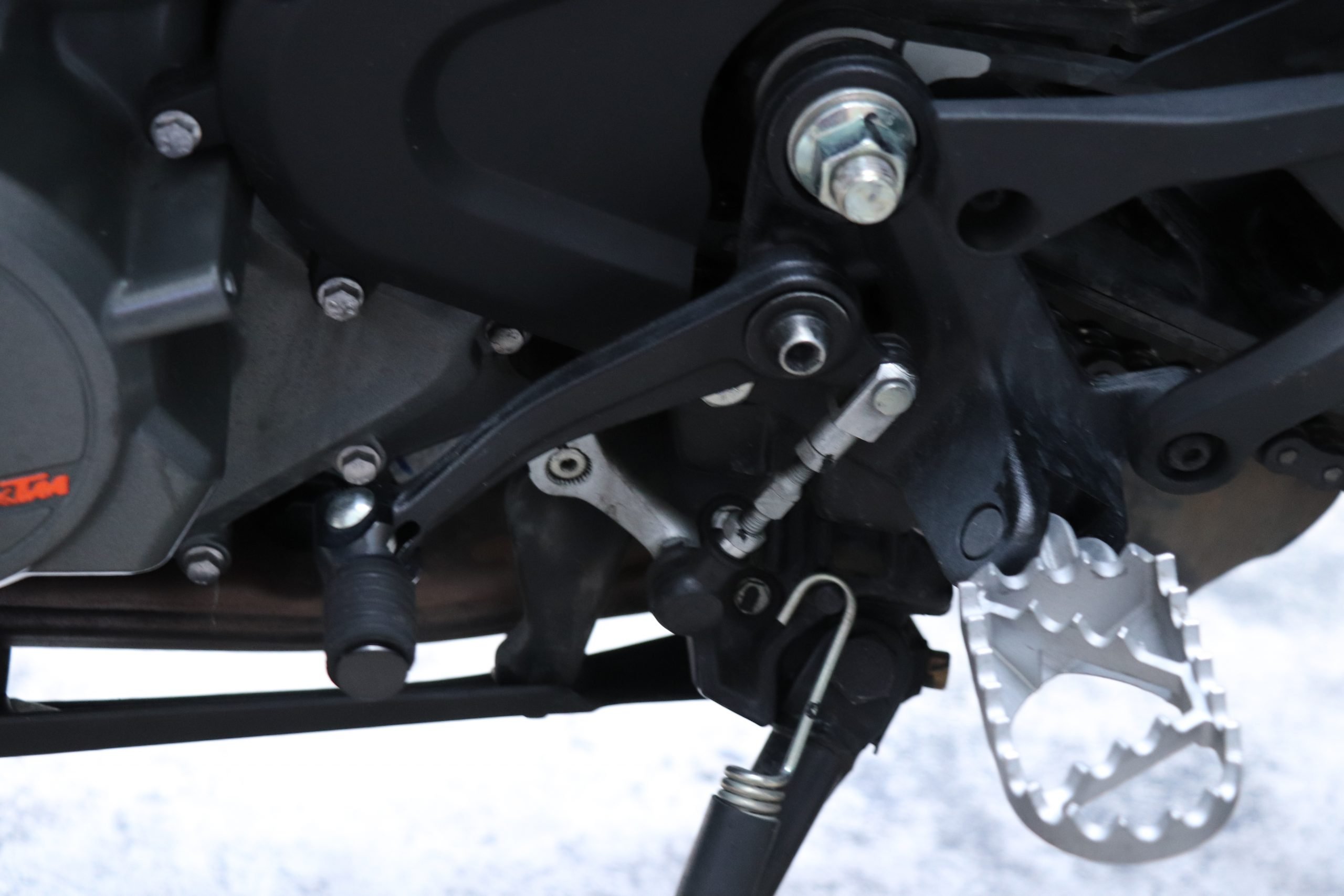 The adjustable suspension, at its base settings, was firm but not hard. The rider can feel the uneven pavement but easy on the potholes. Although tempted to bank on speedy turns, there was no need as the 390 Adventure was stable, with no tire bounce.

Speeding along the metropolis was exhilarating. The 390 engine gave enough power to outgun smaller bikes, without the temperamental attitude of a bigger engine. 700cc-and-above engines. In our opinion, 390-500cc engines are the best compromise for street use. Our favorite part is the 5-inch full-color TFT screen. It automatically adjusts the display brightness (night and day) for easier reading. It also has gear select display, tachometer as well as drive modes display (rain, road) with buttons at the left grip. Oh yeah, it also has Bluetooth connectivity to smart phones. As with higher KTM variants, it also has provisions for additional navigation devices. A charger port is also conveniently placed near the key fob.

Suspension is comprised of WP front fork and WP Apex rear suspension with 170 and 177 mm travel, respectively. It has dual-channel ABS on its Brembo-sourced Bybre brakes. Besides the standard on-road ABS, there’s also an off-road ABS mode, and traction control. The ABS can be turned off for off road use although its for the rear wheel only, with the switch controlled from the display. 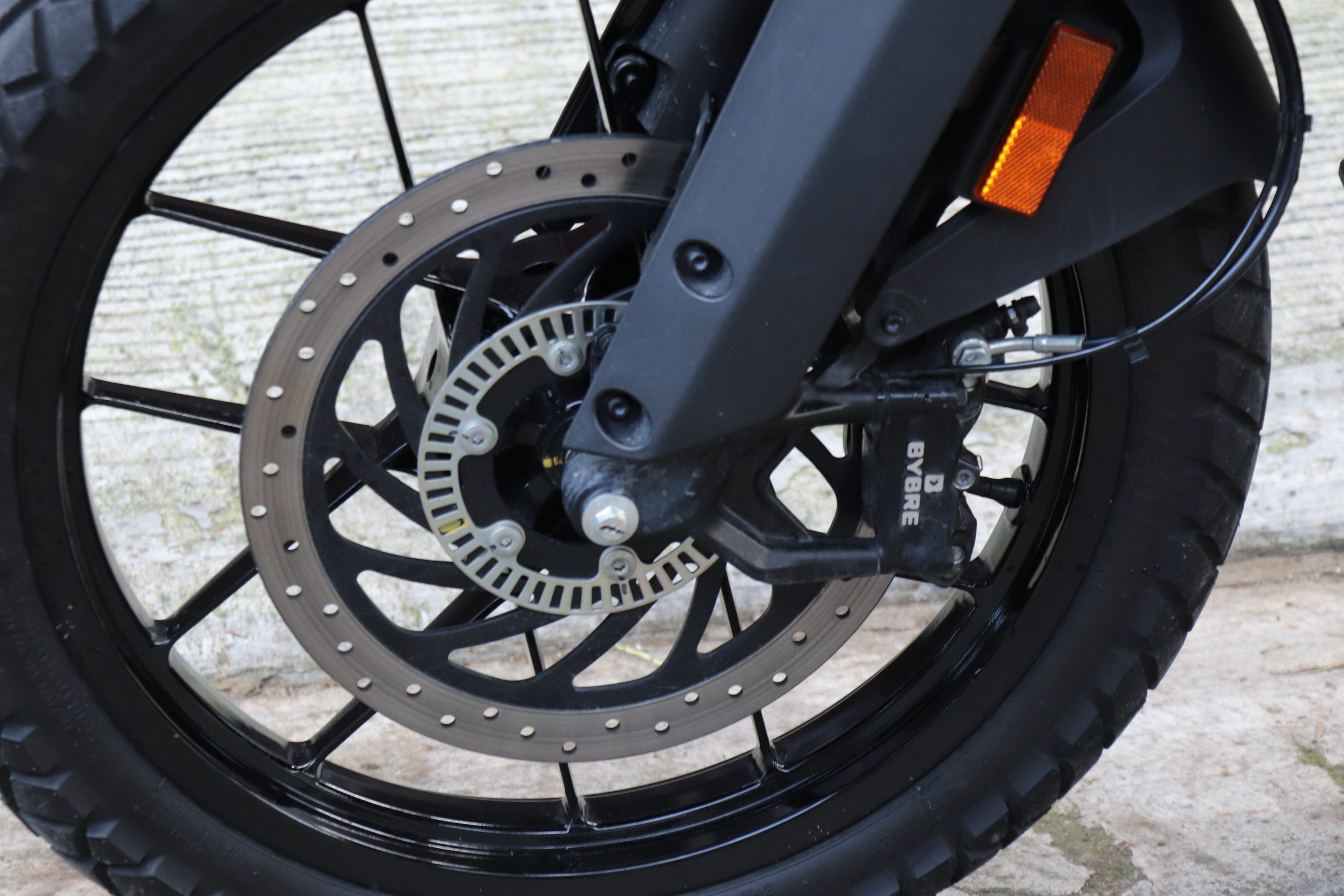 Unfortunately, we didn’t have the time to ride on trails, as rains was incessant during the lendout period (we can reschedule, right KTM?)

For more serious rides, you can opt for knobbier tires for maximum dirt and mud traction.

The KTM 390 Adventure may not sound much, but it delivers excitement on or off road. The best part here that its completely Philippine made, which makes parts and service much easier. And at only PHP 309, 000, adventure has never been this affordable. 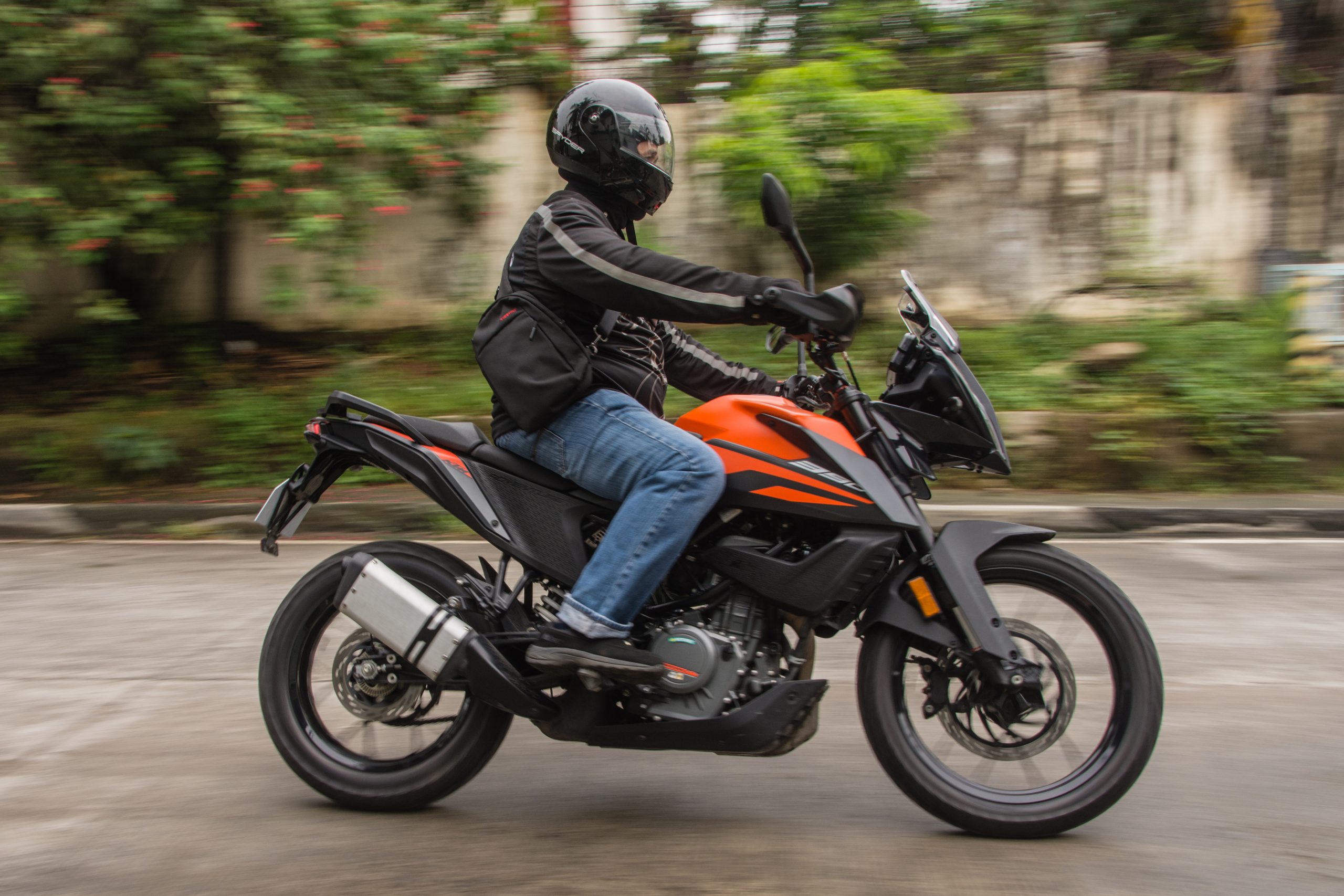 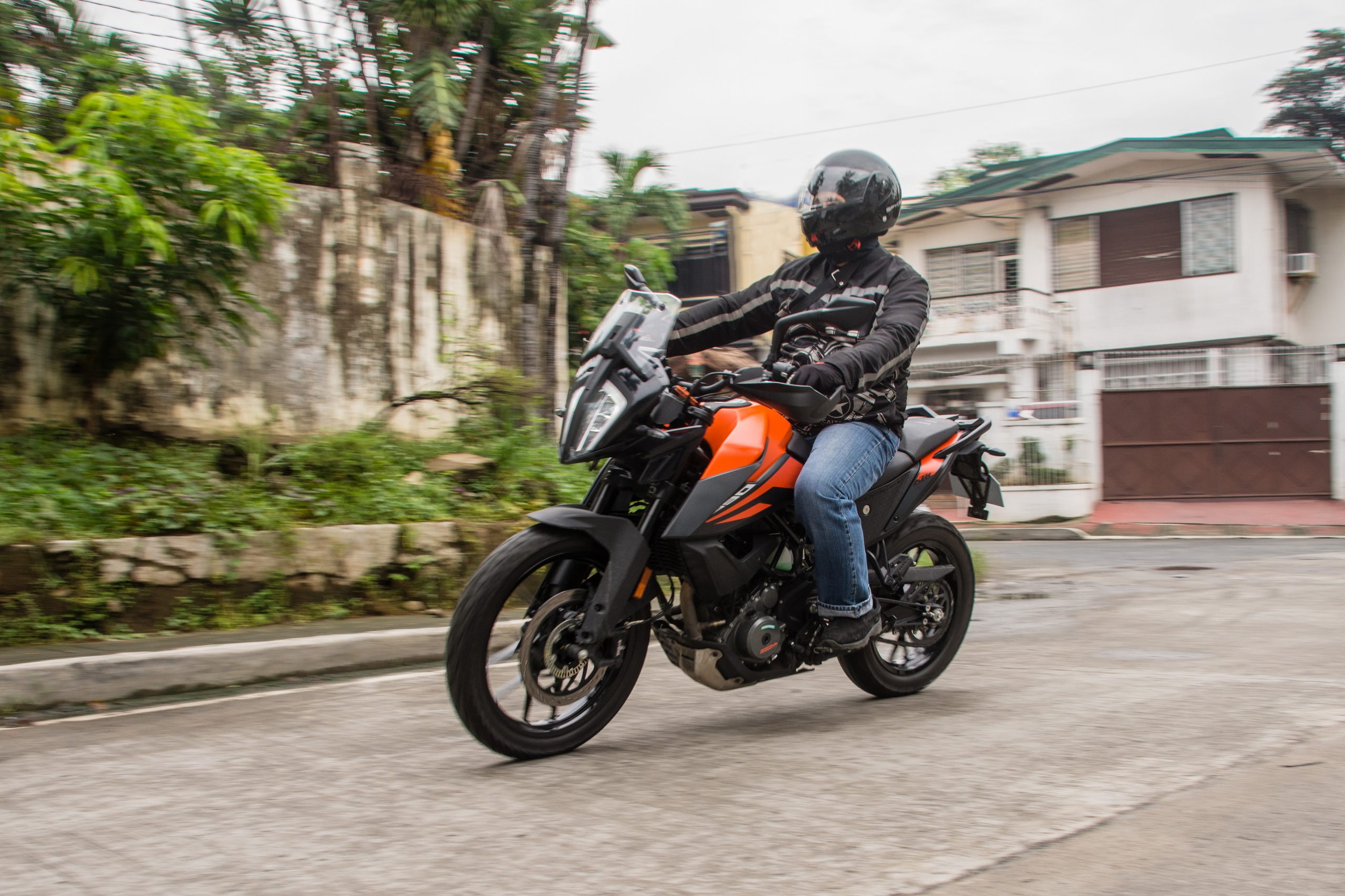 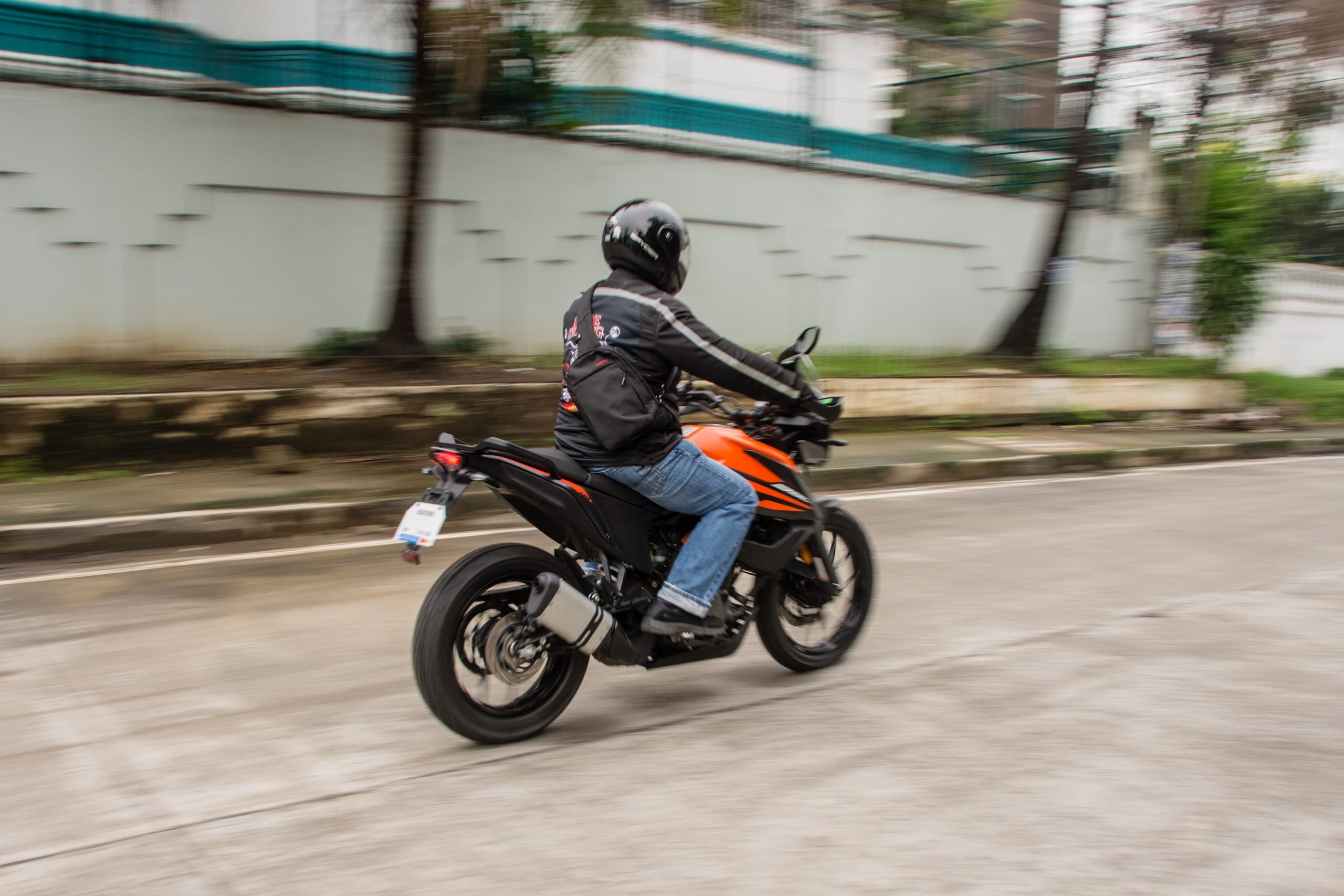