The NLEX Corporation today announced it is hiring more than 1,500 technical and skilled workers to accelerate the construction of the 8-kilometer NLEX Connector.

NLEX President and General Manager J. Luigi L. Bautista said priority is being given to overseas Filipino workers (OFWs) who have been displaced and unemployed due to the COVID-19 pandemic.

“Being a government partner in infrastructure building, NLEX Corporation and the entire Metro Pacific Tollways group are keen in helping the economy recover from the adverse effects of the pandemic. With our ongoing projects, we can create more opportunities for people thus propel growth in the country,” Bautista added.

Recognizing the ability of infrastructure projects to spur economic activities, the tollways company is also mobilizing more construction equipment to improve productivity at the site and speed up the construction of the NLEX Connector.

This all-vehicle class elevated expressway will traverse the Caloocan Interchange, 5th Avenue/C3 Road in Caloocan City pass through España, and eventually link up with the Metro Manila Skyway Stage 3 at PUP Sta. Mesa in Manila.

“We are currently working on the first five-kilometer section of the NLEX Connector from Grace Park, Caloocan City to España St., Sampaloc, Manila. As projected, more than 1,500 workers are needed to accelerate the construction works,” said Bautista.

The Department of Public Works and Highways (DPWH) and Department of Labor and Employment (DOLE) advised companies involved in the government’s “Build, Build, Build” program to extend employment assistance to repatriated OFWs especially those who were previously employed in construction.

“We are looking at our massive infrastructure projects as key employment generators. Apart from building roads and bridges to spur economic development, this administration’s “Build Build Build” program is also geared towards providing livelihood to fellow Filipinos,” said DPWH Secretary Mark A. Villar.

Targeted for completion in 2021, the P23-B NLEX Connector aims to significantly cut travel time from NLEX to South Luzon Expressway from two hours to about 20 minutes, andprovide improved accessibility for cargo trucks bound for the Manila Ports (North and South Harbor) and the international airports such as NAIA and Clark.

It is also seen to benefit 35,000 motorists who will be spared from using Metro Manila’s congested city roads since they will traverse their routes mostly above the alignment of the Philippine National Railways. 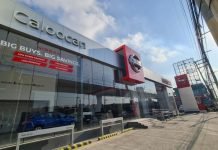