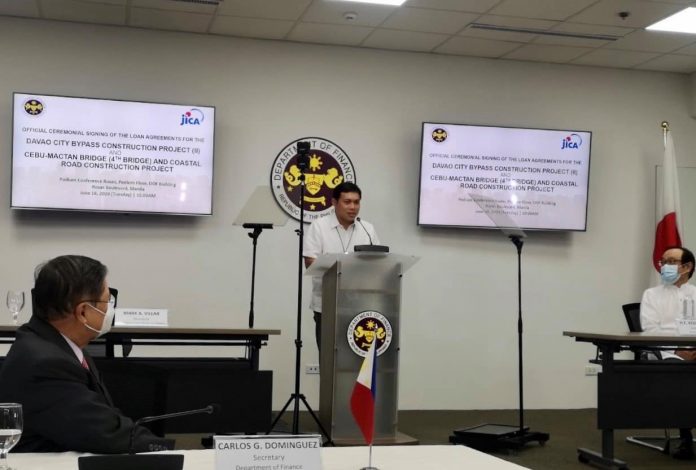 PHL loans funds for infra projects in Cebu and Davao

The Philippines recently secured a combined loan worth PHP75.5 billion from the Japan International Cooperation Agency (JICA) to fund the construction of two additional projects under “Build Build Build” Program.

The supplemental financing of PHP18.5 billion (JPY35 billion) is for the Davao City Bypass Construction Project was also included.

“These two projects are among the legacies that the ‘Build Build Build’ program would like to leave to every Filipino, in our quest to elevate their living condition through infrastructure development and economic growth,” said DPWH Secretary Villar.

The 3.3-kilometer Mactan-Cebu Bridge with an elevated viaduct of 3.385-kilometer will connect Mandaue City and Lapu-Lapu City, will help to alleviate the serious traffic congestion, and will improve the economic and social development of the city.