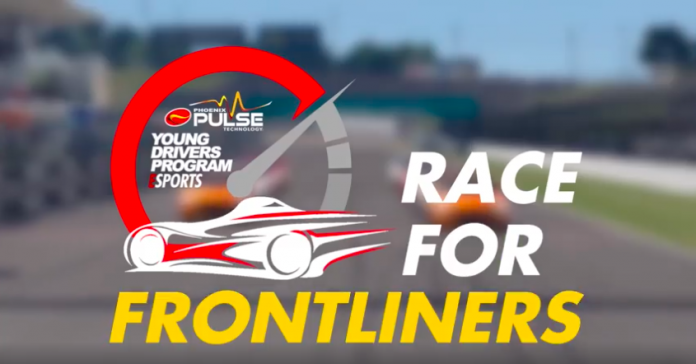 The successful championship round of the #RaceForFrontliners ended with a lot of excitement from the Celebrity Challenge to an unexpected twist in the Final Round.

Last April, Tuason Racing, together with Phoenix PULSE, kicked off the Esports campaign that brought together racing enthusiasts during community quarantine and helped out different frontliners and Barangays around Metro Manila. After four elimination rounds, the culminating event was made even bigger with more prizes and the Celebrity Challenge.

The event raised a donation worth PHP403,000 for various frontliners and barangays.

They went head-to-head in the Time Attack Competition, and after a fierce battle, Carapiet and Montero ended up in the top for the final showdown. Carapiet was able to finish with the best time claiming the Champion title, and took PHP50,000 worth of Family Mart food packages which will be donated to Barangay Western Bicutan. All celebrity racers also received PHP10,000 worth of Family Mart goodies for their respective beneficiary communities.