Spot the Chevy in the films

Have you already binge-watched all your favorite TV programs, Netflix series, and even some of the movies you have laying around on DVD? If you are looking for inspiration for movies and TV shows that are a little less run of the mill, we’ve got you covered.

Our team at General Motors (GM) obviously loves our cars and trucks, so we have put together a list of the top movies and TV shows featuring our Chevrolet vehicles, including one with our very own Hollywood star. The lists have it all – from crime, drama, and classic to humor and romance – so tee them up in your watch list for a few more nights of entertainment.

Note that some of these movies feature adult themes and are not suitable for young viewers. Please check the rating before screening at home.

Chevrolet in the Movies

There are countless movies that starred Chevrolet vehicles, as these vehicles symbolized the all-american lifestyle.

Here are some favorites of the guys here in Streettalk:

Clear and Present Danger – 1994 Chevrolet Suburban 2500 Silverado. The scene where a convoy of white Suburbans was ambushed with grenade launchers, but somehow withstood the damage and managed to drive the protagonists out alive was unforgettable. Sure, it was improbable but it established the bulletproof image of the mighty Suburban.

John Wick – 1970 Chevelle SS 454. The alternate car of John Wick when his Mustang was stolen. The tail swinging take-offs and burnouts gave excited chills to american muscle enthusiasts. It also made a short but impressive cameo in the opening scenes in John Wick 2.

A Walk to Remember – 1967 Camaro. The male protagonist uses this car as his daily commute to school, a typical car for the typical jock. He is also shown tuning the car; an ode to the easy maintenance of the venerable small block V8. We just watched this cheesy movie because of that car. Yeah, right.

There are more in our list, but that is another story..er….article to come. Truly, the Heartbeat of America.

By the way, our EIC, Earl Manalansan, is a true Chevyphile. He owned a ’67 Camaro back in college, and ’70 Camaro a decade ago. He also has a basket case but gennie 1967 Camaro SS body stocked away somewhere, with dreams of restoring it in the future. 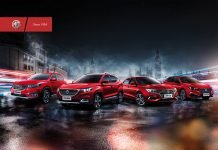