More than vehicles, but a way of life. (Part One of a Two-Part series) For Part 2, Click here.

Global warming has been a serious world issue for decades now, and although there are still some countries that deny its existence, the rest of the world is taking measures to combat this phenomenon. In fact, there have been concerted efforts by big companies as well, and Toyota is at the forefront to address the issue– and actually educate, not only its own employees but their consumer clients as well.

With the global average temperature continuing to rise, the Fifth Assessment Report of the Intergovernmental Panel on Climate Change (IPCC) Working group insisted to limit the rise of atmosphere to 2º or lower, and greenhouse gas emissions in the year 2050 should be reduced by 40-70% as compared to 2010 levels.

In October 2015, Toyota announced the Toyota Environmental Challenge 2050; This is to fast-track the reduction of environmental burden caused by automobiles to nearly 0%  — and to contribute a positive environmental climate on the earth.

The 2050 Toyota Challenge is composed of various recycling-based society and systems. Aside from revolutionary products and services, it also requires all personnel – – from workers to suppliers, to adhere to Toyota’s environmental goals.

This is where the Toyota HEV comes in.

The Toyota Hybrid Electric Vehicles plays a significant role in its vehicle electrification strategy. It is the core technology that will be applied to every model of Toyota’s next generation environmental-friendly vehicles. The HEV system combines gas and electric power, using each or both as needed. Switching between these two power sources gives high fuel-efficiency and a comfortable driving style.

At the forefront is the Toyota Prius. The Prius has been in the market for over 10 years, with reasonable pricing to attract more buyers. The Hybrid powertrain is the best of both worlds. A vehicle with small-displacement gasoline engine, mated to an electric motor, work in tandem to reduce fossil fuel consumption.

The Prius has also been featured in many TV programs and movies as a promotional and marketing tool; this also serves to introduce the Prius to the younger set, making them aware, not only of hybrid cars, but more importantly, the environmental issues that engulfs the world today.

In order to achieve the targeted 0% emissions, Toyota set upon itself the 30-year challenge. Not only does it intends to meet the 70% reduction but aims have at least 90% independence from fossil fuels and convert to renewable energy. One interesting point: Manufacturers have always made a point to surpass the government requirements by setting targets way above the mandated figures, and implementing them earlier than expected.

Current: Toyota Prius and Prius C are made available in the Philippine Market. Also, Toyota is calling on the Government to lower taxes and tariffs, to lower the price from PHP2.2M to at least 1.6M, making it more affordable to a broader market base. At present, Philippine markets see the Prius as an ultra luxury model, actually more expensive than the popular SUV models, which shouldn’t be the case.

October 2019 saw the Toyota Corolla Altis 1.8 V Hybrid CVT launched in the local market. Made in Thailand, the environmentally friendlier Altis variant is priced lower (PHP1,580,000) than the Prius, because of the lower tariff among members of the Asean region. Still a bit pricey, though.

Toyota Philippines also showcased their current stable of HEVs at an event in a posh mall in Makati. Together with Lexus of Manila, Toyota presented the program to the public, complete with short information drive, friendly contests and Q&A session.

2030 Target:Reduce CO2 emissions for Suppliers, logistics and dealers by as much as 50% (from 2018 figures)

Current: Established a Collection and disposal system of HEV batteries. (Not yet an issue today as the number of Hybrids in the Philippines is too low to make an impact, and the Prius models introduced over 10 years ago are still on the road.)

Toyota established the HEV Challenge, primarily to set direction, not only for the company, but to suppliers and dealers as well. With this, customers/clients will recognize the effort and support Toyota’s environmental goals by buying and using HEVs in the next 30 years.

Toyota will introduce hybrid and electric powertrains in all models in the market. Imagine the Innova, HiAce and HiLux in HEC in full electric form.

Toyota and other manufacturers are investing heavily, not only for the HEV and electric vehicles, but also in the whole manufacturing process. This also includes the personnel and their families. Although this process will run into hundreds of millions of dollars, it’s spread out over a 50-year period, not only to minimize cost of money, but also to implement slowly but surely. Most challenges listed here are not achieved overnight.

Other people may scoff on why the manufacturers are spending outside their core businesses. Well, it’s not just about making money; it’s also about making lives better. And the way to start is to make the world better to improve lives and livelihood. 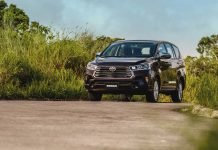 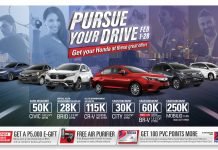