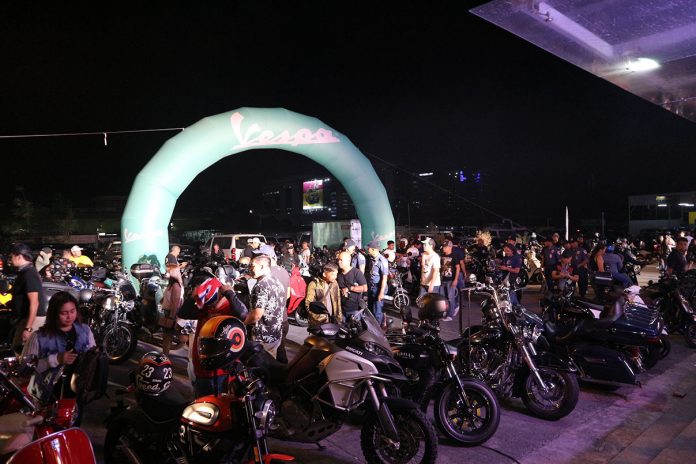 A wide array of both classic and new motorcycles abound

As always, Saturdays is all about having fun, as more than 1,500 riders and enthusiasts roared to the 2nd Ride PH Café last March 7, 2020 at the Metrotent Convention Center in Pasig City.

Rising from last year’s café racer theme, this year’s affair is a full-blown lifestyle-meets-motorcycle event, mixing features and activities never seen before in a motorcycle-centric gathering.

Leading the list of unconventional event features is the Art Space, a full-fledged art gallery that features artworks from accomplished artists who incidentally, are also enthusiasts/riders. Ranging from photographs of motorcycles to paintings, up to sculptures, the Art Space was aimed to show the art culture is also widespread within the motorcycle community.

“Unbeknownst to many, we have lots of talented and accomplished artists/riders who have been doing this for years without the proper recognition and attention. It’s about time to let people know that riders aren’t just about their motorcycles.”  said  Jay Taruc, president and CEO of Ride PH Productions, Inc.

Another subculture of two-wheel riding is the Mods vs Rockers, which originated in Europe in the 1960’s. The two groups were bitter rivals but similar in beliefs. More similar than different, Rockers were the leather jacket-wearing, boots-donning riders who fancied standard bikes and café racers, while the Mods were the preppy, fashion-conscious, scooter-riding crowd.

With this knowledge, Ride PH Café recreated this timeless event with the Rockers Gallery and Vespa Jam competition. With Moto-Italia –Vespa Philippines as major sponsor. There are only two categories for both: Best Vintage and Best Modern. Acting as judges were stalwarts Marc Steady and Eugene Buenaventura. The pair awarded the best Modern Rocker to broadcast icon Kim Atienza, who brought in an ultra-rare Ducati MH900 café racer (Atienza actually entered two bikes, the other being the regular Ducati Paul Smart.)

The best Vintage Rocker was given to famed collector Dave Galvez and his Triumph T140 Bonneville. Both winners got special wristwatches, courtesy of D1 Milano.

The Vespa Jam attracted more than 20 entries, ranging from small-frame Vespas to the top-of- the-line Vespa 946. The best Vintage Vespa was given to Darwin Angeles and his Vespa VL1T, while Jevis Aguila took home the best Modern Vespa with his Vespa Sprint. A special award was also given to Chris Tajano for having the best Vespa 946 among the entries. Also, the Vespa winners received a special Vespa helmet.

Brand partner Ducati also joined in on the art fun and launched its new Ducati Icon Dark, but with a program twist;, commissioning the artist Krizel Hidalgo do a live painting session on the bike tank itself.

Few things are as perfect as coffee and motorcycles, so the team from Ride PH Café, featured a full-blown coffee bar courtesy of event partners SGD Coffee and San Remo, who are also behind the biggest coffee event in the country, the Manila Coffee Festival. Free black coffee and espresso, made with award-winning Sagada coffee beans, were served to attendees for free.

Of course, a motorcycle event wouldn’t be complete without the raffle and gifts. Event co- presenter Pioneer Insurance launched their RideSure comprehensive motorcycle insurance in a spectacular way; aside from providing a real-time, online quotation system for riders, they also raffled off PHP25,000 worth of riding gear from Motoworld.

“The Ride PH Café, though a different from other motorcycle events, still offers a complete experience for riders. We just opted to emphasize the lifestyle aspect so that even non-riders can appreciate our culture,” says Taruc.

With a host of new activities, Ride PH Café has become a venue for people who want to discover and learn new things about riding and motorcycles. “Being a rider isn’t just about owning or riding a bike – it’s about the culture, the community, and the lifestyle,” explains Taruc. “The challenge now is to continue pushing the envelope and thinking of new ways to entertain and educate riders and non-riders alike.

Camaraderie and Brotherhood. That’s what it’s all about!

We’re certainly excited to take this on and make Ride PH Café even bigger and better next year.”