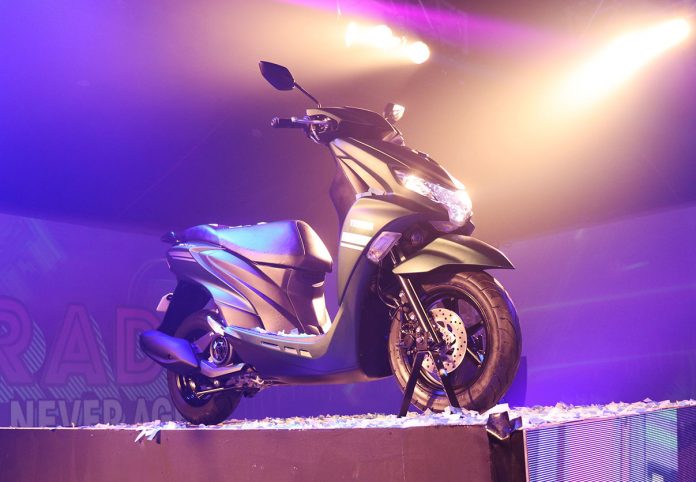 Yamaha Motor Philippines decided to end 2019 with a bang – with the launch of the new 2020 Mio Gravis. This hugely popular scoot now sports an aesthetic upgrade that will surely attract not only the young generation, but also professionals who swear by the Mio’s practicality, frugality and ease of riding.

The New Yamaha Mio Gravis is propelled by a strong 125cc, four -stroke, air-cooled single-cylinder engine that has both electric and manual start functions. New for 2020 is the Smart Motor Generator that results in a quieter engine.

Yamaha also announced that TV Host Atom Araullo as the new Mio Brand Ambassador. In his speech, Atom said that with his active lifestyle and demanding work schedule, the new Mio is perfect to transport him to various locations at the shortest time. He also extolled the fuel efficiency and reliability that his profession requires. And the good looks of the Mio perfectly fits his lifestyle.

The Mio Gravis boasts of a single wide LED headlamp with incorporated position lights. A fully digital speedometer dominates the cockpit.  The low profile of the Mio makes it easy to maneuver, thanks to wide 12-inch tubeless that is mounted mounted to a telescopic fork in front, with a single side shock absorber and singular swing arm.

For comfort, the Mio Gravis sports a generous 25-liter storage space that can fit a helmet and other important tools. Up front are open shelves where you can place small items. Interestingly, there is the much-needed 12Volt charging port for gadgets.

Other features include easy access to the fuel cap and storage compartment by just a touch of a button. This useful option doesn’t require pullout of the key from the ignition… or your pocket.

Admittedly, it’s the new color schemed that got Mio fans excited. The hues are more unique, and the graphics are attractive.

The 2020 Mio Gravis will be available by January 2020 at all Yamaha 3S dealerships.

Read all about it in Ridestyle Magazine