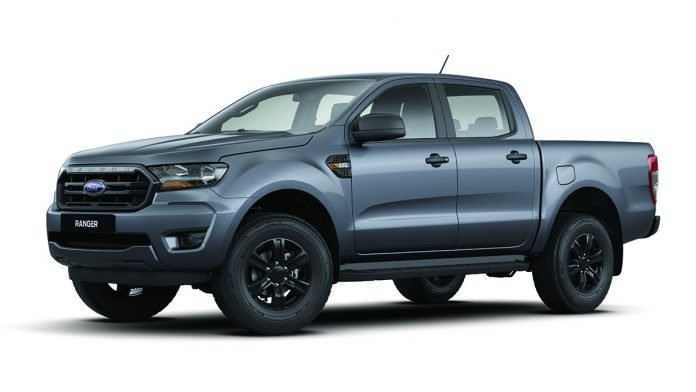 Responding to the adventure market demands, Ford Philippines just added excitement on the road by expanding its Ranger lineup in the Philippines with the launch of the new Ranger XLS Sport.

Available in Ford dealerships starting June 21, the Ranger XLS Sport is an upgraded version of the Ranger XLS variant, featuring design enhancements that make it more striking and easy to notice while on the road.

The Ranger XLS Sport has upgraded 17-inch alloy wheels and sports a glossy black painted rear bumper and front grille. Its sides have been fitted with step boards for ease of entry.

The Ranger XLS Sport remains to be powered by the proven 2.2L TDCi engine which generates 160PS and 385Nm of Torque. It is accompanied by a 6-speed manual transmission for a smooth and more enjoyable drive across diverse road conditions.

It comes with the following:

It will be available in five (5) colors, including Arctic White, Absolute Black, Aluminum Metallic, Meteor Grey, and True Red.

“The new Ranger XLS Sport is definitely a welcome addition to our already extensive Ranger lineup in the country, catering to customers with more utilitarian needs. It remains one of the most powerful and performance-bred pickup trucks in the market today with a more striking and recognizable exterior while still retaining the same Built Ford Tough features that our customers have grown to love,” shares Ryan Lorenzo, AVP, Marketing, Ford Philippines.

So you want a versatile pick Up, but the Raptor is a little extreme for you, get the Ranger XLS. It’s the muscle you need without draining your wallet!