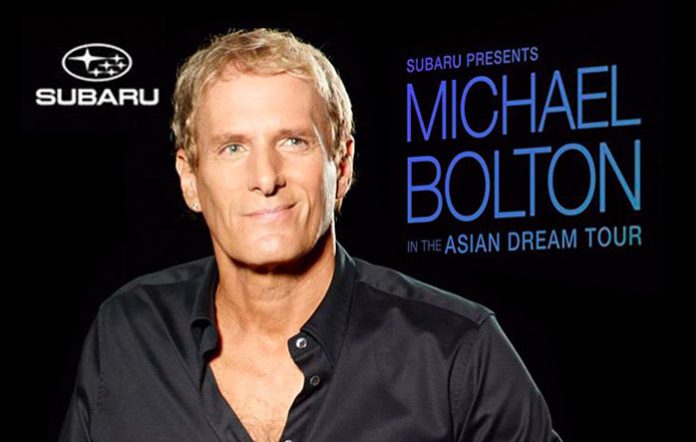 Presented by Subaru, reality singing competition offers six talented contestants from the region the opportunity of a lifetime to fulfil their dream as performing artists.

Motor Image announced today that global music legend Michael Bolton will return to Asia for the first season of Asian Dream, an all-new reality talent search where he will join hands with Subaru to shine a light on promising singers across the region.

Asian Dream, a seven-episode series that aims to foster emerging musical talent, has scouted six aspiring singers from Hong Kong, Malaysia, the Philippines, Singapore, Thailand and Vietnam. Each week, contestants will be given a specific task designed to sharpen their skillsets, and they must compete to save their place in the challenge round. They will be coached, mentored and judged by Michael Bolton and special guests. One contestant will be eliminated each week starting from Episode 2. The winner of Asian Dream Season 1 will be named a Subaru Ambassador. He or she will also join Michael Bolton on the Asian Dream tour.

Motor Image remains committed to grooming talents who embody Subaru’s values of being confident, sleek and passionate. Motor Image has previously sponsored programmes like Asia’s Next Top Model and Bolt of Talent. 2019 marks a new milestone as Motor Image takes on a more decisive role in the conceptualisation, production and promotion of lifestyle content.

Mr. Glenn Tan, Creator of Asian Dream, said, “Subaru is pleased to present Asian Dream and provide a valuable opportunity for talented and confident individuals who have the courage to follow their hearts and pursue their dreams. The show will be an excellent showcase for these aspiring talents who display grit, perseverance and commitment — traits that resonate with the Subaru brand. I look forward to seeing them conquer their fears and rise to the challenge on this regional platform.” Mr Tan is Deputy Chairman and Managing Director of Tan Chong International Ltd, which distributes Subaru cars through its wholly owned subsidiary Motor Image.

Grammy award winner Michael Bolton is Creator and Host of Asian Dream. He said, “I am incredibly excited to be partnering with Subaru with the hope of finding the best and brightest performers in the region, and making their Asian Dream come true. I look forward to seeing the display of talent and drive, and helping these stars rise to their full potential.” Currently celebrating his 50th year in the entertainment industry since being signed at 16, Michael Bolton has sold over 65 million records worldwide, earning nine #1 singles and ten Top Ten albums as well as 25 songwriting awards. He became a viral internet sensation in the SNL “Jack Sparrow” video, garnering over 200 million YouTube views.

Famed Filipina singer and actress Morissette Amon will be resident mentor on Asian Dream. Since her showbiz debut at the age of 14, she has won more than 30 awards, including Artist of the Year and Pop Song of the Year.

They will be joined by guest judges and mentors from across Asia including:

Over the course of every episode, contestants will undergo an array of grueling yet motivational tasks and challenges – themed according to different performance elements such as voice, physicality, imaging and stage presence. Asian Dream aims to test the ability of these individuals to grow and adapt, and compel them to showcase their acquired skills. It will take more than just their Voice or X-Factor to win.

Produced by Refinery Media in association with Passion Films, Asian Dream will premiere in the fourth quarter of 2019.