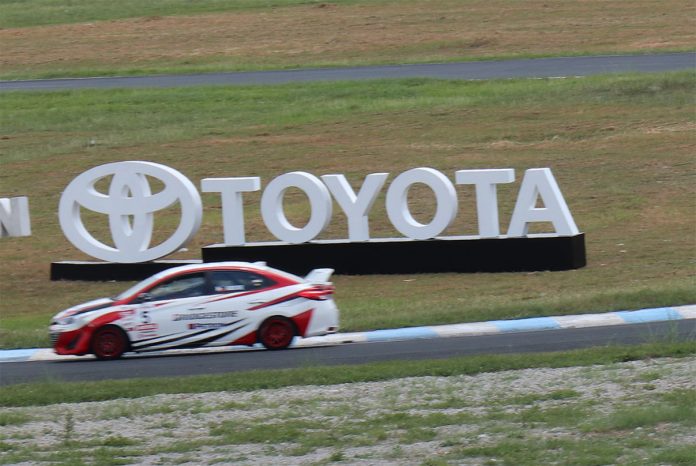 Toyota Motor Philippines (TMP) recently held the 2nd leg of the Vios Festival in Clark International Speedway, returning to the home of the famed race, now, with more speed activities and with more personalities. The Vios Festival is more action-packed than ever.

After the first leg of the Vios Autocross Challenge was held at the SM Mall of Asia grounds, the festival returned to Clark, primarily for the much awaited circuit racing. This, coupled with a longer autocross track means 2 days of action-packed events for racers, car clubs and media alike. The grounds also featured car displays, food stalls and various activities for the fans and onlookers too.

An Autocross Challenge was stage again for both Media personalities and Car Club members. While the media peeps were supplied with race-ready Vios units, the club guys used their personal Vios cars. After the mandatory inspection and trials, the  two groups were pitted against each other in a parallel half-course run. The final run on Saturday featured a full- track run with the best times recorded.

The much awaited Circuit Championship did not disappoint. A total of 22 drivers are grouped into three categories: Sporting Class, Promotional Class, and Celebrity Class

The first race yielded a surprise talent in actor Daniel Matsunaga, who finished finished first in the celebrity class. He was tailed by Aubrey Miles (2nd), and Gretchen Ho (3rd). Nonetheless, in Race 2, Troy Montero raced against the fierce competition for the win, shadowing Ho and Matsunaga respectively. In the third race however, Montero and Ho managed to keep their previous positions with Miles joining them.

In the second race however, Adriano succeeded 1st, followed by Julian Neri and the talented Fabio Ide, in 2nd and 3rd place respectively. However, it was once again a a steal by Obengers with Tang, Menorca, and Adrian defeating the competition by grabbing 1st to 3rd.

There is no Super Sporting Class for this season, as stated by previous SSC Champ, Alan Uy, whom we spotted lugging an umbrella with fellow driver Marc Soong. That didn’t prevent him from going to the race and give his support to his colleagues.

The Vios Festival opened a new fun-filled activity: The Media Autocross. Select personalities were invited to test their mettles against a short track filled with cones and barriers, trying to beat each other with the shortest time possible. Out of 25 members, it was reduced to 10 by the next day, and trimmed to the tip 3 by day’s end. Making the list are: Jose Luis Altoveros (Autoindustriya, 1st), Jeff Soberon (MT Turbo, 2nd) and crowd favorite and (Pacquiao look-alike) Matt Mallari (STV, 3rd)

Yours truly, was among the first 25, but failed to land in the top 10. Needless to say, we discovered that we need more practice, but it was most educational–and fun!

Members of car clubs were also there to compete in the autocross, putting their own cars to the limit. Unsurprisingly, the top honors went to the young and talented Iñigo Anton, using a stock Vios with a smaller but potent 1.3-liter. Despite the heat and smaller engine, Anton managed to set a best time of 51.46 seconds. (The record is 49sec set by Milo Santos.)

One of the highlights was the sneak presentation of the new Toyota Supra in all it’s red glory. None other than Toyota President (TMP) TMP President Satoru Suzuki drove the new sportscar on the track before the race, much to the excitement of onlookers and racers as well.

The next race schedule will be held in August and November. Watch out for updates, here in Streettalkph.com. See you next round! 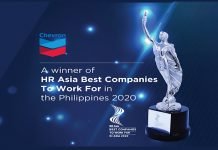 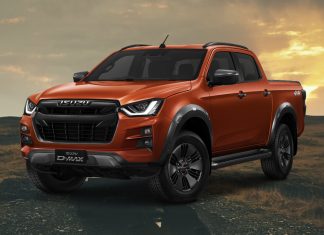