In an unfinished racetrack in Lubao, Pampanga, dust is swirling around a deep crater, throwing rocks and pebbles all around, a curtain of dust enveloping the track. No, its not a sandstorm, but still a storm nonetheless, and its coming right up to the spectator stage.

A white truck appears out of the dust cloud. It’s the new Mitsubishi Strada.

Ok, it sounded like an action movie teaser, with Mitsubishi Motors Philippines as the producer and Director – but it was real life. The main protagonist? none other than the great 2-time Baja Champion, Hiroshi Masuoka driving the Strada, speeding around like crazy, climbing hills and inclines at full speed and jumping over small hills. That is what we call a literal launch. No fancy speeches, no colorful presentation; just pure, raw action, showing what the Strada 4wd can do off-road…with the AC on…at full throttle.

The Strada never went out of track. Sliding on gravel or blasting thru dirt, the mighty truck never missed a beat. Of course, with Masuoka-san at the helm, it shouldn’t, but imagine a mere mortal driving at half the speed, the Strada will prove itself safe and stable. 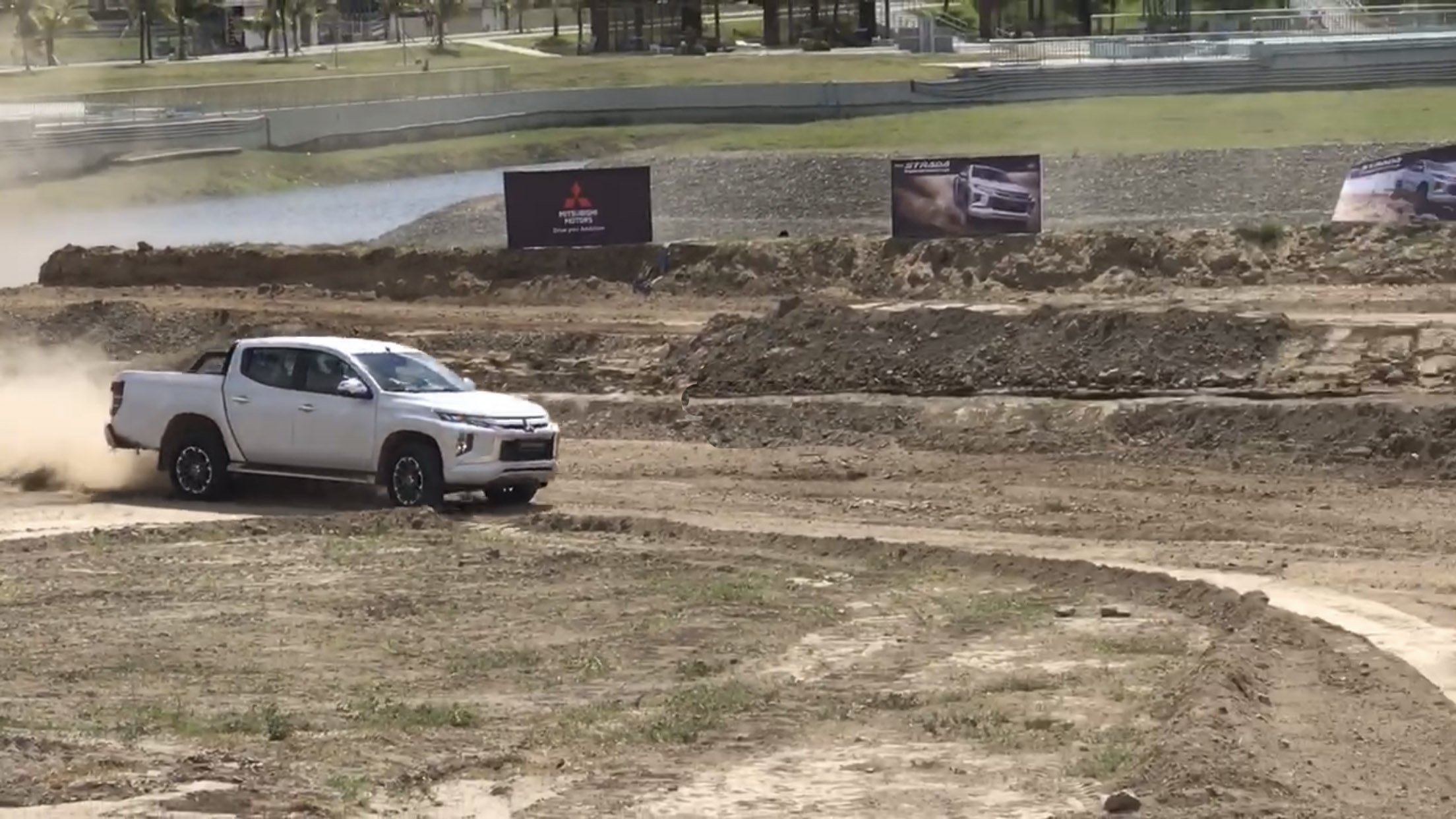 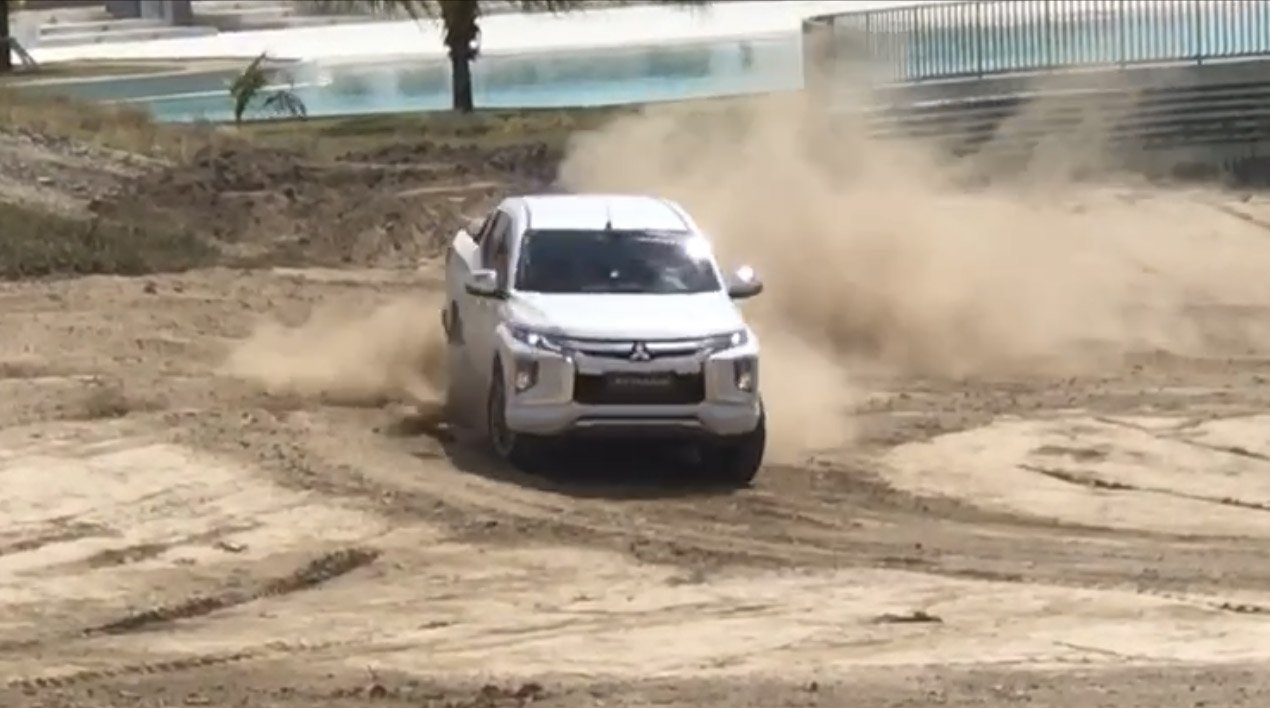 The main point of contention now is the new fascia. Shared with the new Montero and Xpander, the “Dynamic Shield design queue” is now with the Strada, giving the SUV and MPV a uniform look. Gone is the standard grille with the big old-style headlights. The dynamic new look is gives Mitsubishi the much needed boost in styling that leaves the competition in the dust.

The Strada still utilizes the 2.4-liter 4N15 MIVEC turbo-diesel that’s linked to either a 6-speed manual tranny or 5-speed automatic transmission. The engine produces 180 Hp with 430 Nm of torque. 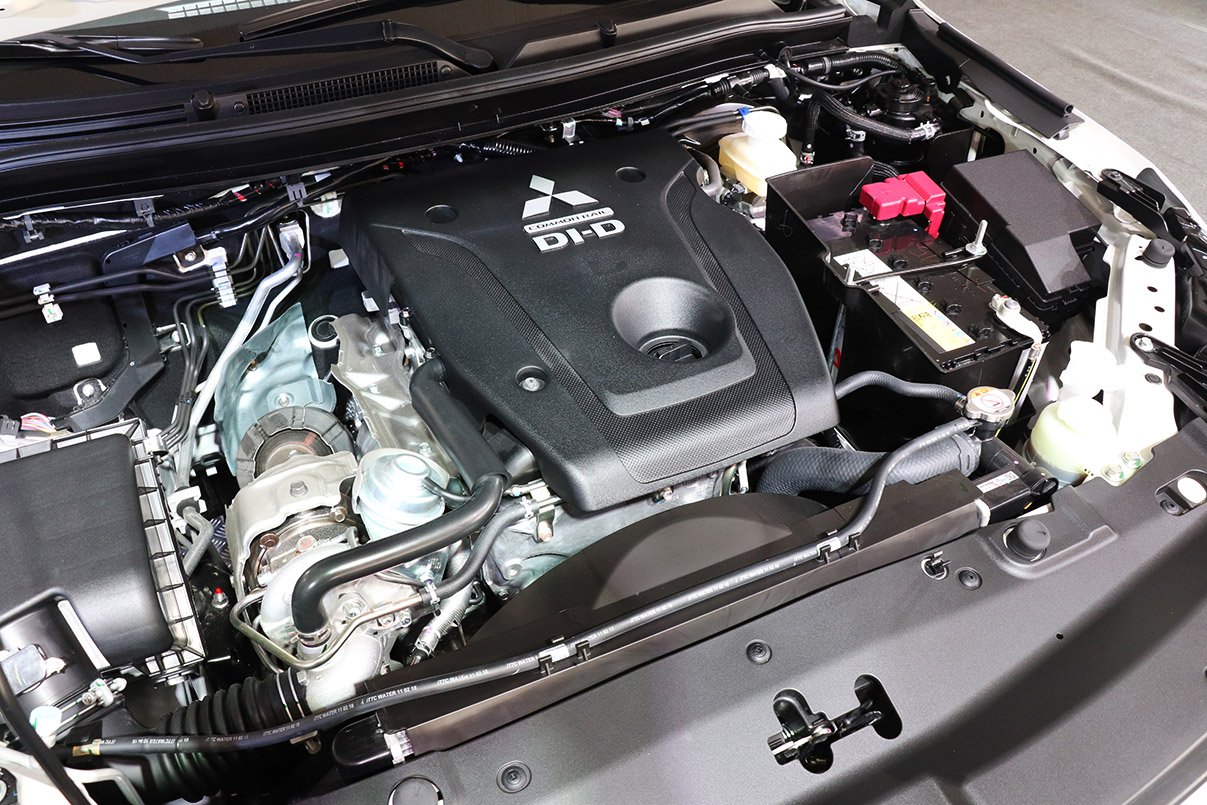 With all the hullaballoo of the new look, Mitsu decided to stick with the old powertrain. We’re a little bit disappointed because we were expecting a 7-speed or 8-speed automatic, but you never know. Well, maybe next year. 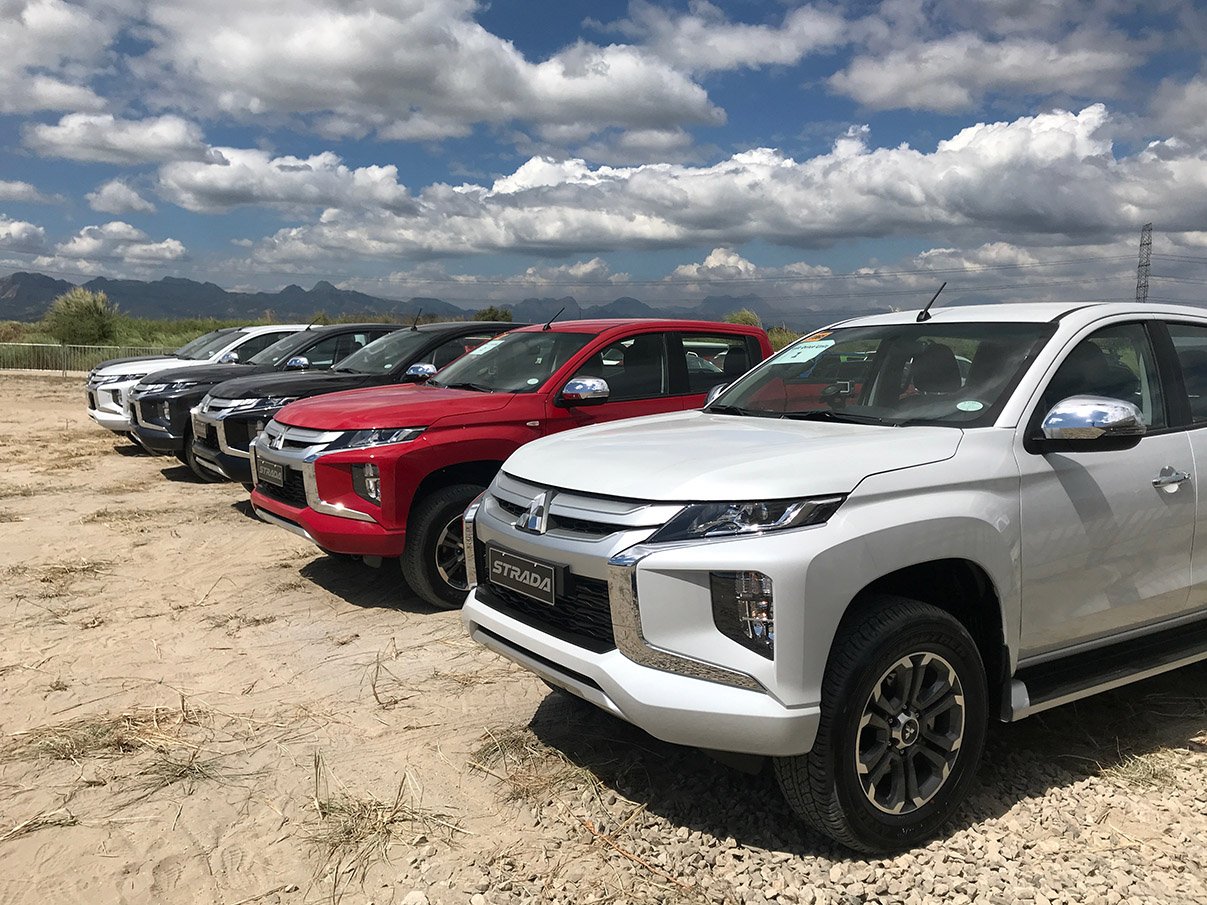 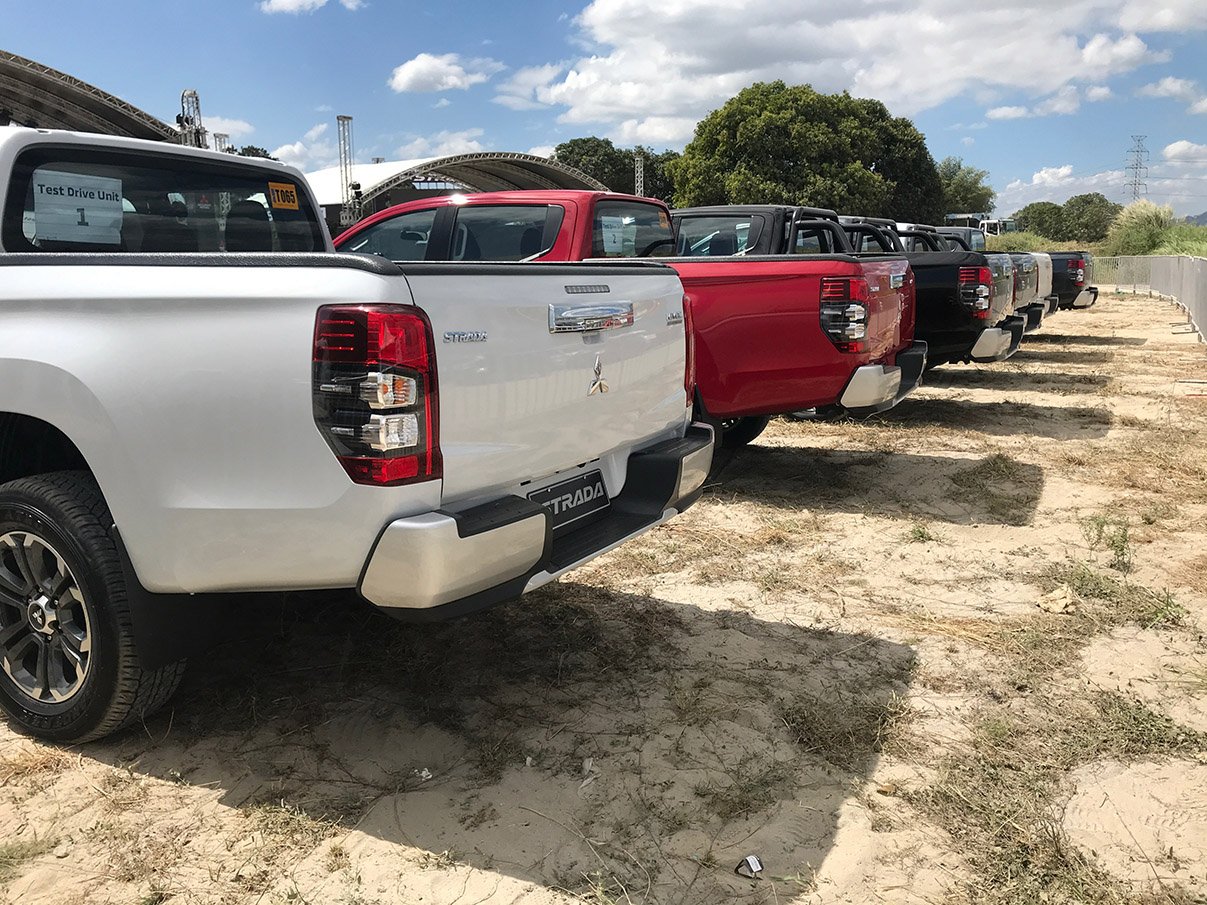 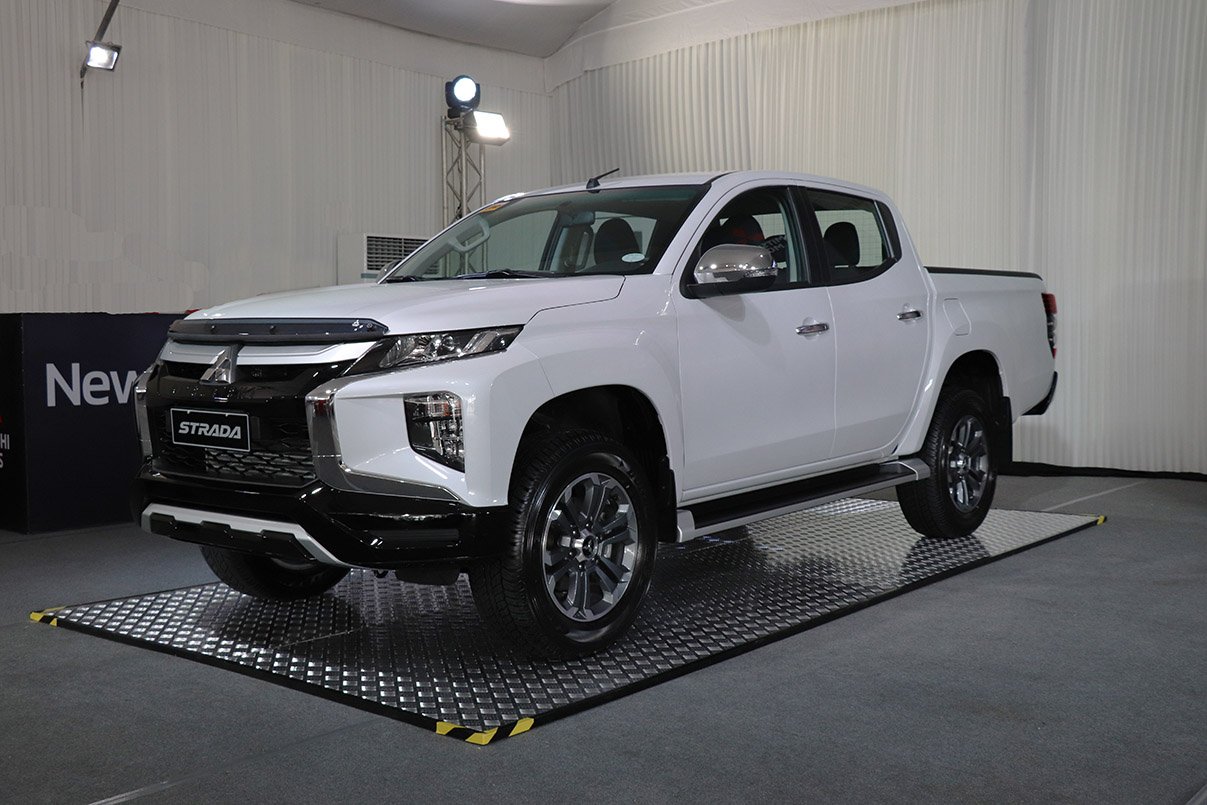 The suspension, however, had a little tweaking. The ride is not so harsh anymore as compared to the previous model. Firm, but comfortable. Long rides will not be so punishing anymore. 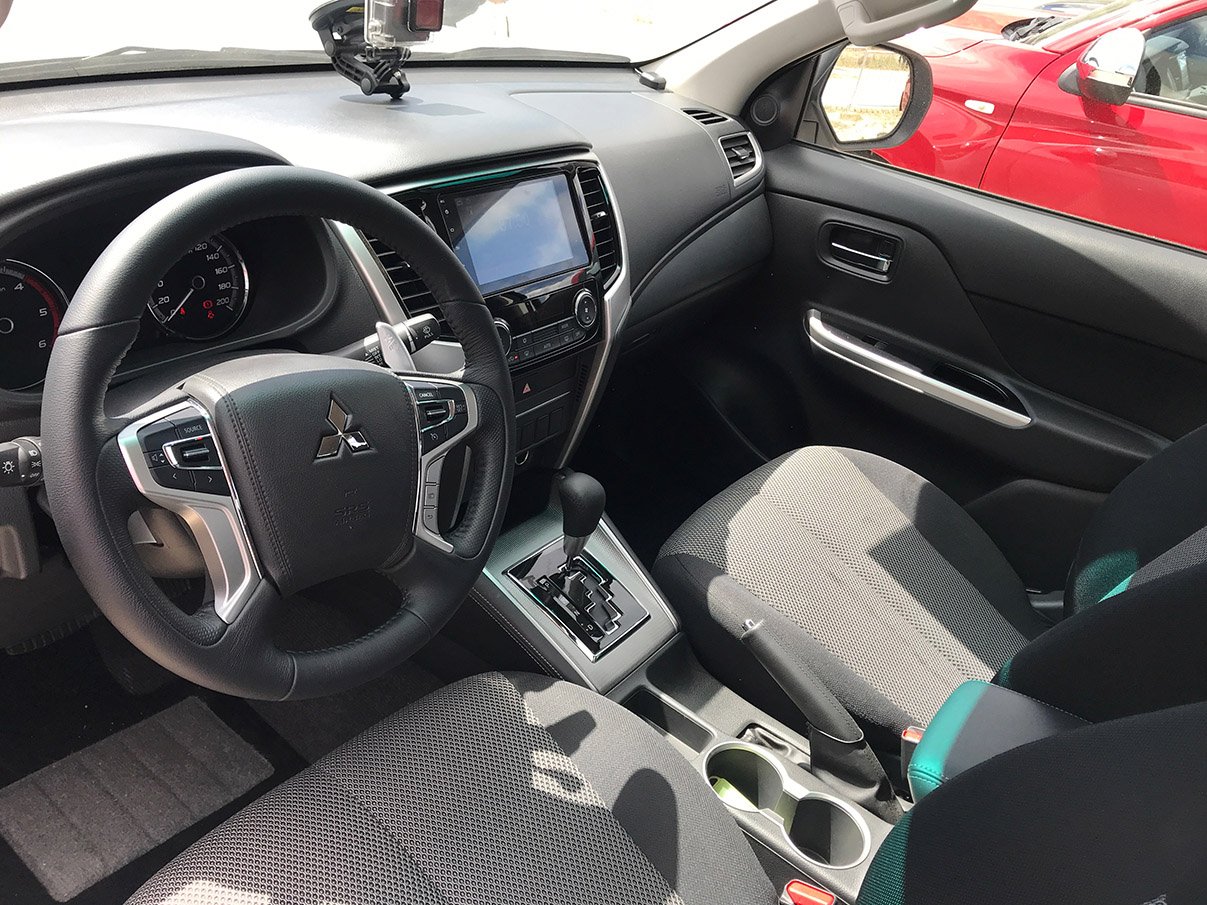 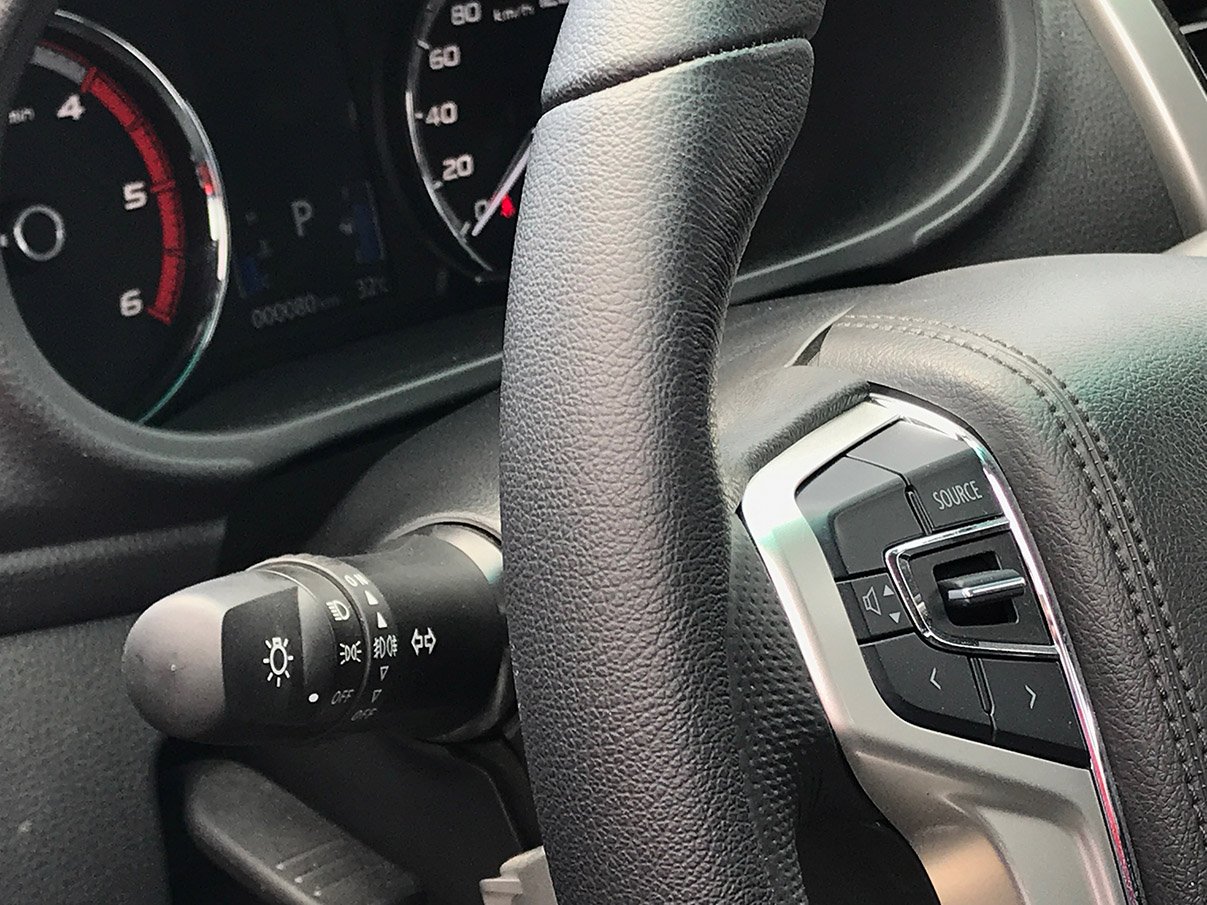 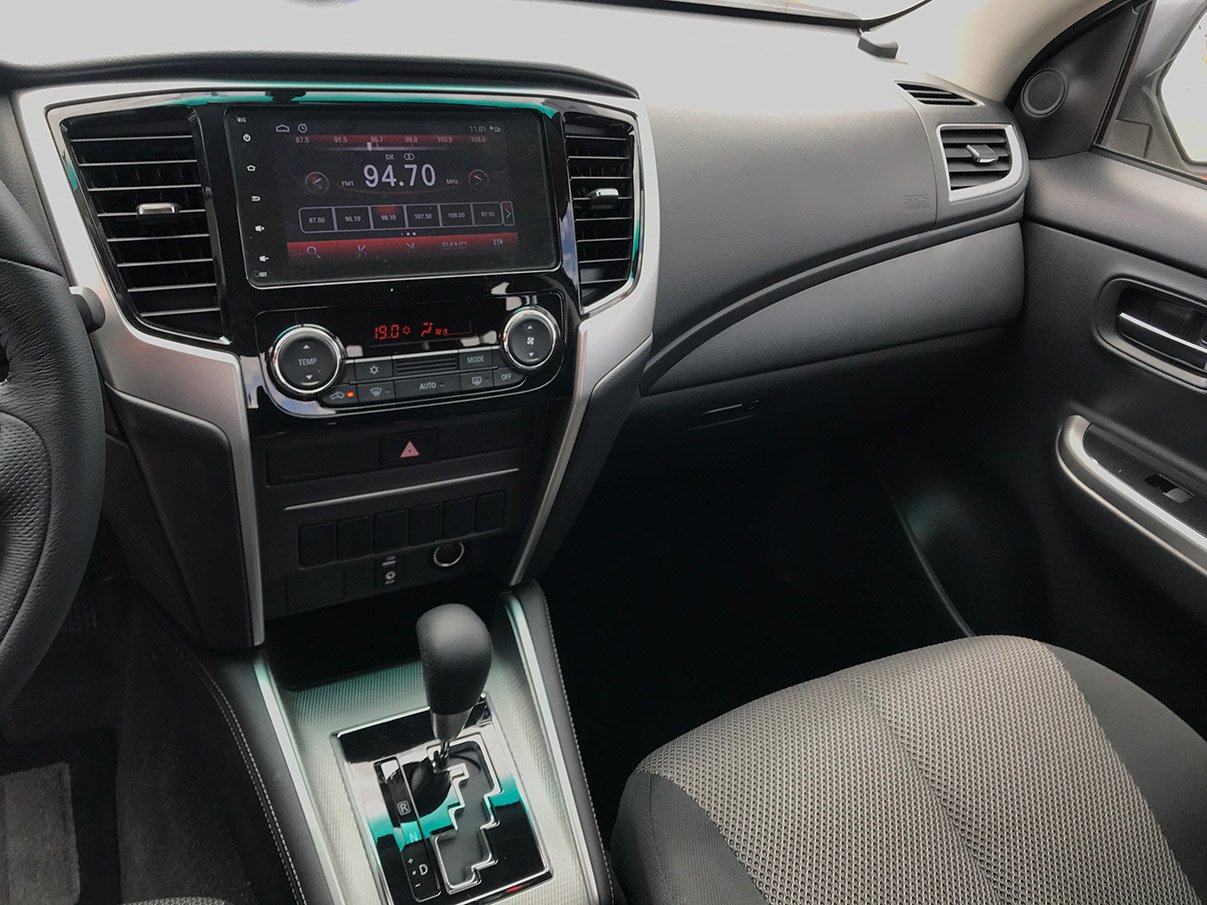 StreettalkPh took a short test drive around the track. Although we drove the 2wd version, it still displayed more stability in rough terrain and tight turns. No oversteer; courtesy of the small engine. Just enough power is good.

We will come out with a more comprehensive test drive, preferably with the 4wd version, just as soon we get our turn. The line forms at the right.

For more information, visit www.mmpc.ph or go to your nearest Mitsubishi dealer The Strada is waiting for you!