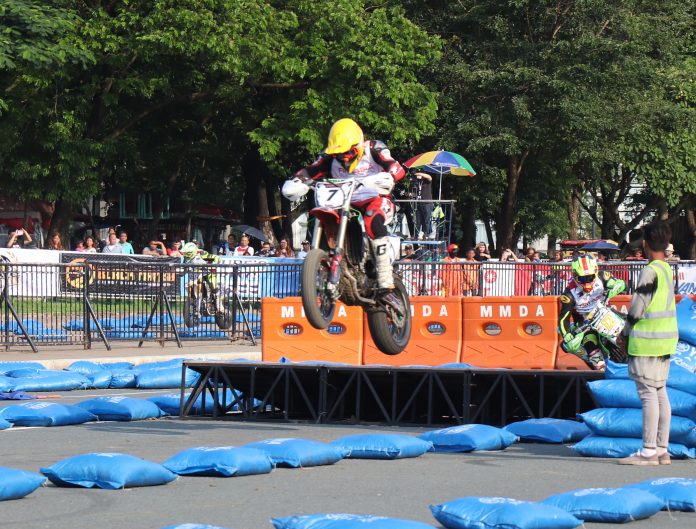 The much awaited motorcycle race, the FIM Asia Supermoto Philippine Leg was held recently, in a makeshift track at the Quirino Grandstand, Luneta, Philippines amid bad weather.

Participants from other countries as well as Filipino contenders graced the 2-day race, making it one of the most awaited sporting events In the country. The schedule was marred by early morning rain showers that muddied up the trail and barriers were carried away by the flash flood. It took half a day to dry out the track, adding to the anticipation of both riders and spectators. 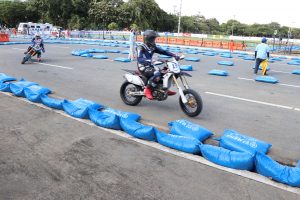 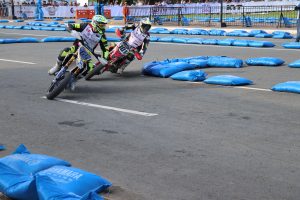 Simon Vilhelmsen of Denmark showed his riding expertise against British Lewis Cornish by taking first place in his Moto 1 and Moto 2 races during the FIM Asia Supermoto-Manila leg that weekend. Vilhelmsen, along with the other 12 riders skirmishing in the premier class initially struggled in tuning their bikes for the makeshift track at the historic Quirino Grandstand, which Vilhelmsen described as “very technical.”’

Indeed, with short straights and a number of tight turns, and a 3ft jump made it hard for the riders to reach the full potential of their bikes. Riding technique was the name of the game as riders outsmarted their rivals instead of fully relying on their powerful bikes. Making it more difficult is the short but muddy trail on the grass embankment of the site. 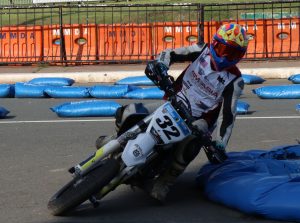 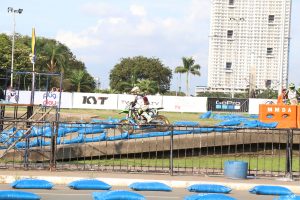 Local contenders fought hard but hd to settle in the lower rungs. Kenneth San Andres of the Philippine Supermoto Team finished at 5th place despite in spite of a bike crash during the first race day, while teammate Mark Reggie Flores managed to reach 9th place. 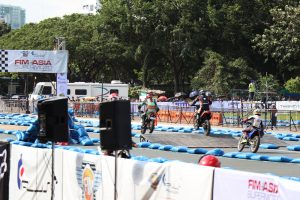 Vilhelmsen now leads the board with 100 points over Cornish, who now possess 84 points in the championship standings. Vilhelmsen’s exceptional performance during the past two legs also set his standing in the match for Best International Rider.

At the end of the leg, Kenneth, dropped from 5th to 12th position while Mark was declared DNF (did not finish) due to a flat rear tire. A dark horse from the Philippine contingent, Ralph Ramento, settled for 11th  and 9th place in Moto 1 and Moto 2. 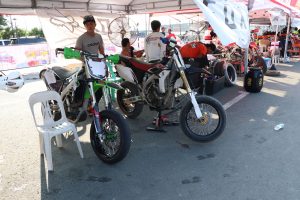 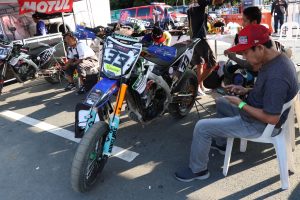 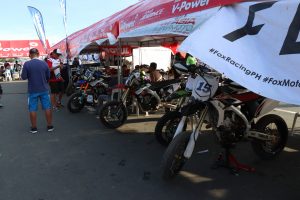 The five-round 2018 FIM Asia Supermoto series is sanctioned by the International Motorcycling Federation and the National Motorcycle Safety and Sports Association (NAMSSA). The event is managed by Malaysia-based E-Plus Global Sdn Bhd in cooperation with its local counterpart, Plug and Play 360 Corp.

The Department of Tourism and National Parks Development Committee also provided support to the event.