Last May 5, the open parking at the BGC was abuzz, as Toyota picked this location to launch the their new MPV version, the Toyota Rush. Dubbed as the Toyota Rush Fair, it transformed the parking lot into a fiesta-themed party, complete with food stalls, entertainment and of course, test drives. As the star of the weekend, different variants of the Toyota Rush were prominently displayed all over the place.

There were a few pleasant surprises that greeted people when the rush was closely inspected. The base models had 5-passenger capacity and 16in wheels, while the top of the line G model had 7 seating capacity with 17in tire combo, two classifications for the celebrated vehicle. There’s even a TRD version, complete with additional claddings, aero kit and roof racks.

The other factor that was unbeknownst even to the motoring media, was that the Rush was a Rear-Wheel-Drive (RWD) platform, which was the opposite of the class that it belongs to. Other manufacturers had Front-wheel-drive systems. 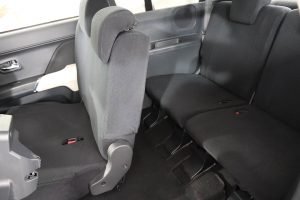 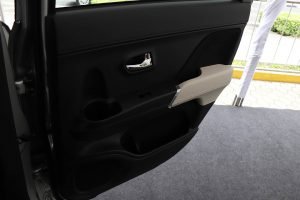 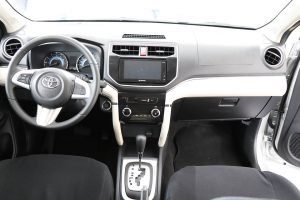 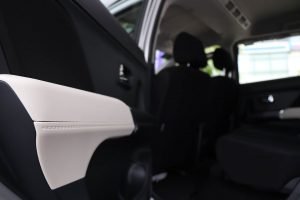 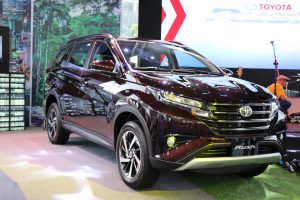 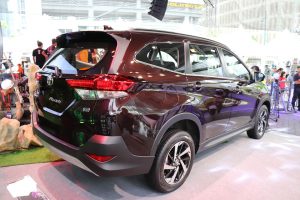 People fascinated with the new Toyota variant were quite inquisitive about the features, although most were not into the technical stuff. Most comments and questions were about the size compared to the Innova and Avanza (both are RWD also) passenger capacity, engine size and interior options. Majority of the feedback was the snazzy overall profile and the the body size that is sandwiched between its RWD brethren.

Engine is a 1.5 liter VVTI with 102 hp, 134 Nm of torque, incidentally the same powerplant with the Avanza. Transmission options are the basic 5-speed manual and the 4-speed automatic transmission. Although the overall weight is heavier than the Avanza, it is still capable of propelling the beauty to a respectable performance.

Pricing was a big come on for the new Rush, priced competitively, potential customers were pleased with the figures, with some placing orders immediately in the Financing tent inside the fair. Sales people were helpful in disseminating information with customers, and offering test-drives to all, interested customers or onlookers. 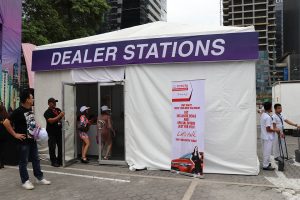 Here are the test-drive vehicles in the available exterior colors: 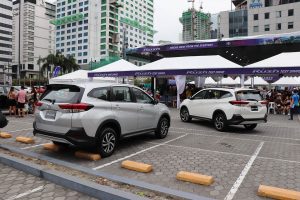 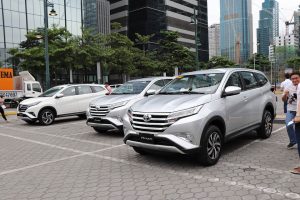 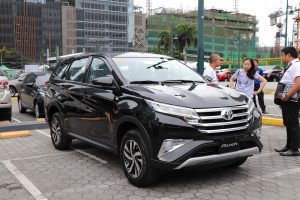 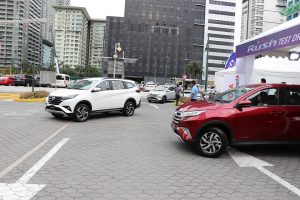 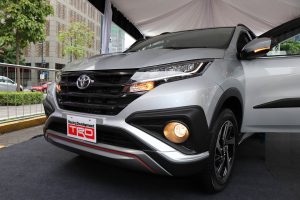 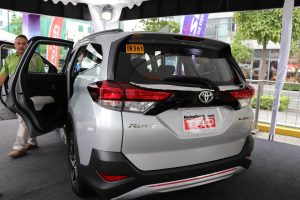 Coming soon: A real world comparo between the Toyota Rush and the Mitsubishi Xpander

Words and images by Earl Manalansan