Home Cars Work and Play: The Best of Both Worlds in MIAS 2018 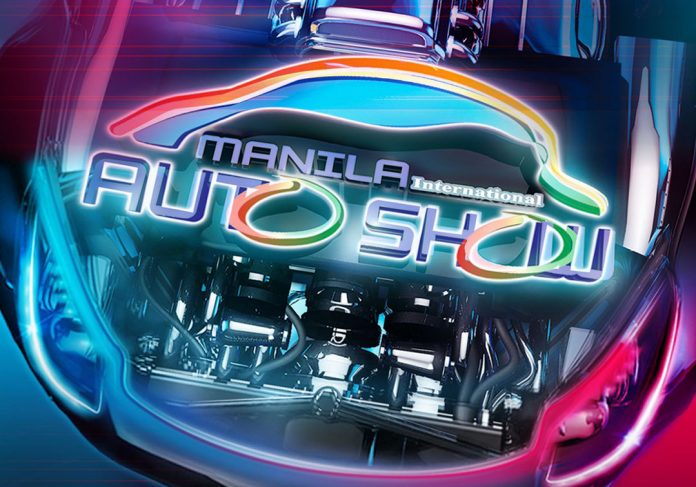 If the first day visitor line is any indication, the growing popularity of the MIAS 2018 is at full swing. Attendance grew heavier every passing day, filling the WTC to the brim by Sunday afternoon. With their slogan “Work and Play”, fans were treated to both business and leisure vehicles and accessories. It’s the one-stop show for all.

Both parking lots were occupied, with people walking to the site under the scorching sun, braving the heat. They know that once inside, the atmosphere was cool, and the displays were cooler. 4 days is not nearly enough.

Aside from the existing Ranger and Ecosport models, Ford introduced the new Expedition and the iconic Mustang, each with new powerplants. With eco-friendly performance, comfort and convenience in mind, Ford announced smaller but potent 3.5-liter eco-boost for the Expedition and a 2.3-liter Eco-boost engine option for the Mustang GT. They also reveled the new Mustang Convertible to the delight of the crowd. It features a 5.0-liter V8 with a 10-speed automatic transmission.

Hyundai presented their four new models to the public; the Veloster Turbo, Sta. Fe, their small crossover Kona and the Ioniq Hybrid.

HARI president Ms. Ma.Fe Perez-Agudo also served as the master of ceremonies in their launched labeled as the “Greatest Show From Hyundai” and staged a coup by getting the service of famed singer Jet Pangan to add pizzaz to their show, driving the crowd wild. They also offered MIAS-exclusive discounts and freebies to interested patrons.

GAZ GROUP, the leading manufacturer of commercial vehicles in Russia, presented a wide range of commercial vehicles. The company brought three new models to the local market: GAZelle NEXT chassis, GAZon NEXT and the popular Sadko 4×4 medium-duty trucks. Already available in the market GAZelle NEXT minibus, GAZelle Next Citiline framed bus and Ural NEXT 6×6 heavy-duty trucks, shift bus and dumper, have been also presented at GAZ Group booths. All vehicles correspond to the Euro 4 eco-standard and are available in the Euro 5 standard. The bus line boasts spaciousness and reliable performance. All vehicles are Euro 4 compliant.

Not to be outdone, Suzuki Philippines offered its own show by staging a wonderful dance number, complete with high flying acrobatics reminiscent of the “The Greatest Showman” movie. The crowd was mesmerized with their gravity defying dance number. Popular chanteuse Sitti also performed her Bossa Nova hits, and media influencers Kelly Misa and Mikael Daez. The Suzuki Safety Scouts who reminded show guests about the importance of road safety—whether on two or four wheels, likewise joined both celebrities.

Suzuki unveiled the new Suzuki DZire, their new subcompact derived from the Swift line. It also has a 1.2 petrol engine and comes with the Auto Gear Shift option that promises the efficiency of a manual and the convenience of an automatic. (More on this on a later article).

Displayed prominently is the BMW M4 DTM Champion Edition. Only 200 of this Bavarian projectile will be produced, and taking centerstage is the 1978 M1, BMW’s first foray in the M performance world. The orange beauty is also powered by the 3.5 Liter M88 DOHC In-line 6. Only 453 units of this supercar were made, making this the rarest BMW model ever.

The most welcome surprise at the MIAS would be JAC Motors Philippines with its sedan and SUV line. Boasting of European design and smart interior ergonomics, JAC hit the target. For their SUV line, the new S7 boasts an assortment of modern and safety features including a heads-up display, a 360-degree camera, cruise control, and automatic climate control. Powering the S7 is a 2.0-liter turbocharged gasoline engine that boasts 174hp and paired to a six-speed dual-clutch tranny. The smaller smart  looking5-passenger crossover S2, is propelled by a 112hp 1.5 liter petrol engine with a 5speed Manual or CVT transmission 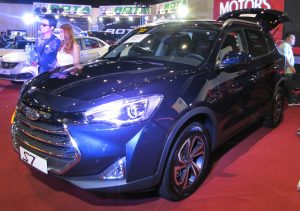 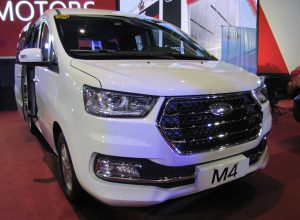 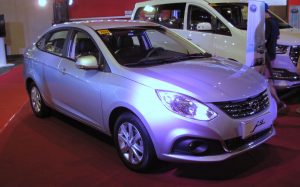 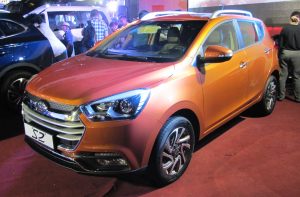 The lone sedan in its line up called the J4, is also powered by a VVTI 1.5-liter engine, with either a 5-speed manual transmission or CVT tranny.

The only diesel-fed vehicle is the M4 Van. It has a 2-liter diesel engine paired with a 5-speed manual transmission. Capacity is 9 passengers, with the rear seat that folds for extra cargo space.

Also exhibited is the FOTON Thunder pick-up truck, which can now be had with a 6-speed automatic transmission. An ISF 2.8 16 Valve SOHC, in-line four-cylinder turbo intercooler supplies the go power.

Still the bestseller in the commuter van segment is the Traveller. The big van has 16 seats with individual backrest, among other amenities. The Traveller has a 2.8L four-cylinder turbo-charged diesel engine that can produce 130 hp and 280 Nm of torque, mated to a five-speed manual transmission.

Another highlight was the FOTON Toano: a 15-seater executive van also powered by the world-renowned Cummins diesel engine. On feature was the limited Executive variant, which includes a high roof, individual adjustable head and back-rest. Also displayed was the Toano Limousine that boasts of a yacht-inspired interior design.

Boasting smaller displacement of 1.9-liter, the new RZ4E engine is capable to produce maximum power of 150 PS at 3,600 rpm and a maximum torque of 350 N-m from 1,800-2,600 rpm – and is EURO 4 compliant. A remarkable feat, considering an almost 1000cc less displacement than its predecessor.

“The introduction of the new Isuzu mu-X RZ4E variants are a very welcome addition to the already strong line-up of our SUV model. Its excellent fuel economy coupled with the comfort and convenience of the mu-X makes it even better for the family,” said GENCARS President Edgard Cabangon.

The American brand showcased its mid-sized sedan, the Malibu. Powered by a turbocharged VVT 2.0L engine delivers 250 horsepower, 353 Nm of torque, which is paired with a smooth-shifting 6-speed automatic transmission. It has the intuitive Chevrolet Mylink System that makes it easy to connect to calls, music and more on the go, and with useful phone integration, you can now access selected apps right from the 8-inch touch-screen display or through voice commands.

On display also are the updated Spark, Trax, Colorado pick up and the Trailblazer, all dressed up and modified to personify an adventure lifestyle. 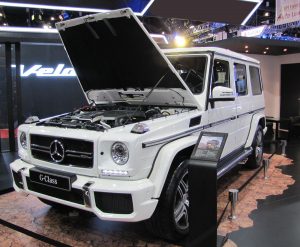 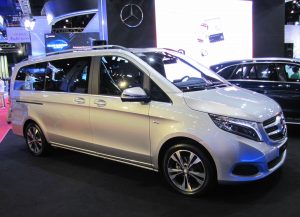 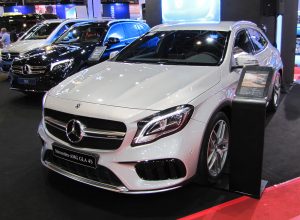 Mercedes Benz staged three of its popular SUVs: the G-Class, the new GLA, and the GLC. The G-Class has long been admired for its off-road capabilities, while the updated GLA, is aimed at older buyers who are after a compact and practical ride. The four-door CLA, the E-Class, and the snug V-Class were also present for aficionados to check out.

For Jeep, the Wrangler Unlimited Sport and Grand Cherokee represent the RAM brand, also, the big and rugged 1500 Laramie Crew Cab was also on display. Customers can examine some accessories and that were fitted on a decked-out Jeep Wrangler. 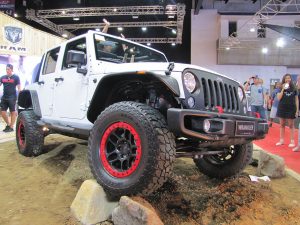 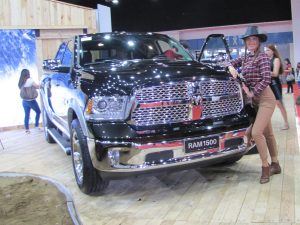 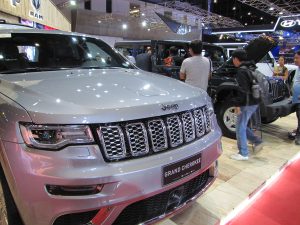 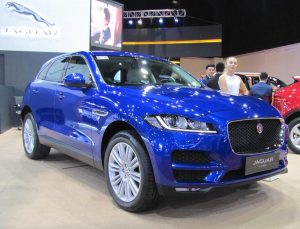 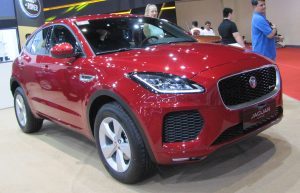 Jaguar is joining the fray for the premium compact crossover segment in the country by officially launching the All-New E-Pace. It is powered by a 2.0-liter turbo-diesel that churns out 150 PS. A nine-speed automatic transmission comes as standard on the 2018 E-Pace that drives the front wheels.

Volvo also previewed it sleek new Plug-In Hybrid XC90 SUV. It will be available mid-2018. Land Rover also displayed the Discovery. A favorite among adventurers, it is expected to give its competitors a run for their money. 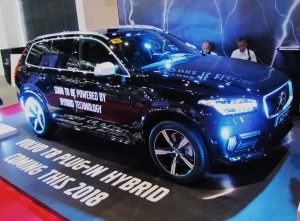 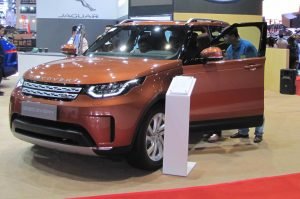 Also on display at the next pavilion were different vendors of accessories and parts that were priced competitively. Discounts and special offers abound, making this a paradise for enthusiasts. Parts such as tires, batteries, rubber mats and the like also were up for sale from different brands. Diecast models lined up the corridors and finally, toys for sale near the exit. The MIAS was so big that it also rented space at the next compound.

What’s to be expected for the 2019 MIAS is anybody’s guest. One thing’s for sure. It will be bigger and grander.